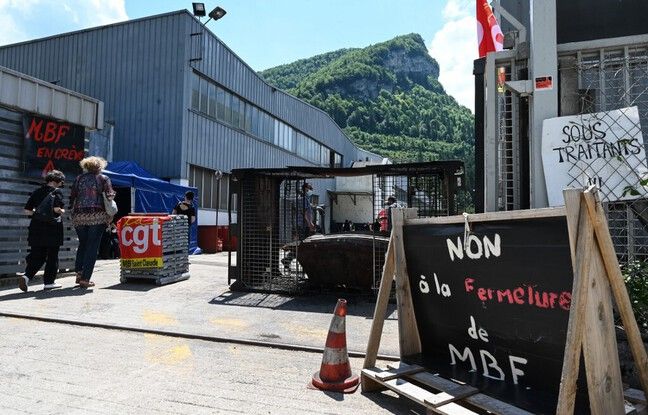 The employees of the automobile foundry MBF Aluminum appealed against the liquidation of their company and seized the president of the court of appeal of Dijon in order to suspend its implementation, we learned this Saturday. After a vote of the employees of the Jura company gathered in a general meeting, “we filed the appeal on Thursday with the Dijon Court of Appeal so that it reexamines the file”, declared this Saturday Nail Yalcin, CGT delegate and member of the CSE, confirming information from the newspaper Progress.

But this appeal will not be examined before “several months”, specified the lawyer of the CSE, Georges Meyer. “However, we urgently need to have a decision, because the liquidator must dismiss the employees within the next fifteen days.” Another procedure was therefore initiated by the CSE: it seized the first president of the court of appeal to request the suspension of the liquidation procedure, pending the appeal decision.

The town hall is associated with the process

“The objective is to obtain a stay, we are therefore going to put forward serious means, as well as the excessive consequences that the liquidation decision may have”, declared Me Georges Meyer. In this context, a hearing is scheduled for Tuesday at 9 am before the first president of the Dijon Court of Appeal. The town hall of Saint-Claude (Jura), the town where the company is located, has joined the CSE approach, announced the mayor of the city, Jean-Marie Millet. The Dijon commercial court pronounced on June 22 the liquidation of the company, which manufactures engine casings and gearbox parts and employs 270 people.

He rejected the only takeover offer, which provided for the takeover of around 200 employees out of 270. The unions denounced the “passivity” of Renault and PSA (Stellantis), the biggest customers of MBF, and of the State , from which they hoped for assistance of several million euros. MBF, very indebted, had been placed in receivership in early November. The Lons-le-Saunier public prosecutor’s office has also opened an investigation for “misuse of corporate assets”, relating to “suspicious movements of funds from the MBF company to other economic entities”, as well as “non-proportionate remunerations. to the results of the company and benefiting the manager or his relatives ”.