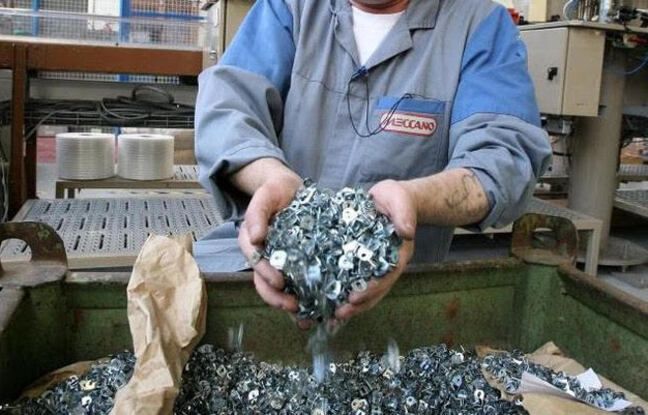 First hole, cut and form small pieces from a steel tape, at the speed of 5,000 per hour. Then, melt small plastic balls, to mold them, to cool them, at the rate of five to six pieces per minute. Finally, collect the parts and count them precisely for packing and shipping. In Calais, the Meccano plant deposits all year round, 24 hours a day, 7 days a week, using multiple machines. And this has been going on since… 1959!

In this Santa Claus factory, nearly 60 elves are active all year round (their workforce doubles even between May and the end of November). Objective: that the famous Meccano boxes arrive at the foot of the tree on D-Day… Today, a third of the parts sold by Meccano are still produced in Calais, which represents 1.8 million metal parts leaving the factory every year !

To say that the Meccano adventure started with a dad who built a crane for his son in Liverpool, Great Britain, at the start of the 20th century. By dismantling the object, Franck Hornby had fun reassembling the parts, but in a different form. The Meccano patent was born. It is even all the ingenuity of the product: being able to create several constructions with one and the same box.

Today, Meccano, bought by the Canadian Spin Master, specialist in figurines and radio-controlled vehicles, has become a product known to all generations, distributed in around sixty countries.

The range comes in countless boxes, including models of cars, trucks, motorcycles and even tractors and construction machinery, even robots. Meccano has even introduced cardboard and plastic extensions, to leave even more room for the imagination.