Men demonstrate in skirts against the coup 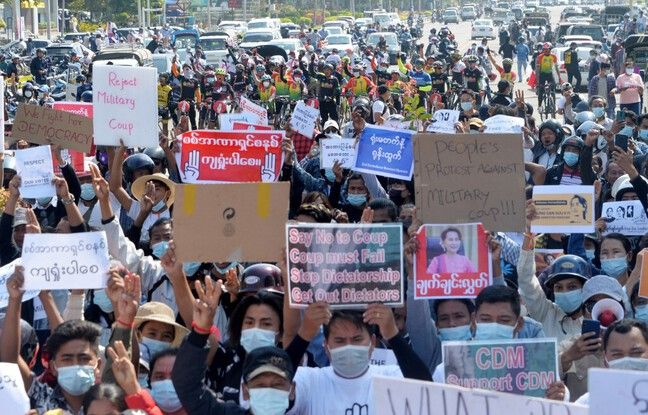 Skirts ? “We will not remove them until democracy returns,” said Chit Lonn Zaw, 23. The mobilization of the youth is one of the highlights of the resistance to the coup d’état in Burma. He explains that this initiative is a campaign, in which 1,500 other men participate.

“This action is a bit bizarre for Burmese culture, but we believe the main purpose is to attract the attention of other countries. So all the boys who participate in this campaign are putting their lives on the line, and their pride aside. “Thursday, Sophie Boisseau du Rocher, specialist in Burma, noted in 20 Minutes that “the engagement of young people, who no longer want dictatorship and who say so clearly.” They say it with humor, with a certain distance, of course, but are very clear on the substance of the message. “