MEPs ready to vote for agreement despite renewed tension with London 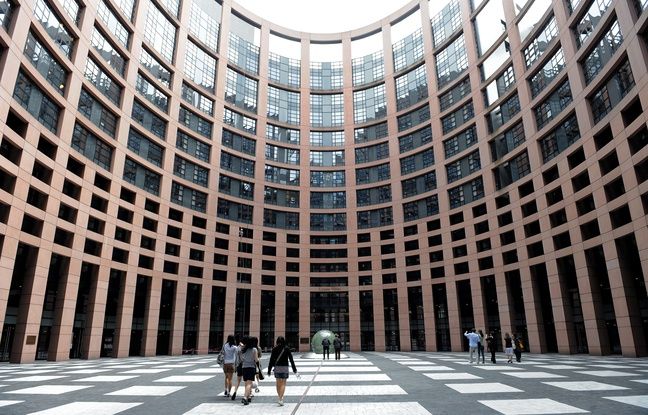 Despite persistent tensions between London and Brussels, MEPs are expected to approve the EU’s trade deal with the UK on Tuesday, the final step in a grueling Brexit.

But if the post-Brexit agreement on fisheries is not implemented, France threatens “retaliatory measures” on British financial services. “The UK is expecting a number of financial services approvals from us. We will not give any until we have the guarantees that on fisheries and other subjects, the United Kingdom will respect its commitments ”, warned the French Secretary of State for European Affairs, Clément Beaune, on the BFM Business chain.

A “historic error”, according to MEPs

Despite this tense context, there is little doubt about the result of the vote, which will not be officially communicated until 9 a.m. (7 a.m. GMT) on Wednesday. “I expect the text to be voted on at least by a three-quarters majority,” said German Social Democrat Bernd Lange, chairman of the International Trade Commission. The green light from MEPs on this agreement concluded in extremis on December 24th had become urgent: the provisional application of the text, effective since the beginning of the year, ends on Friday. And the UK rules out any extensions. The ballot is accompanied by the vote of a non-binding parliamentary resolution, in which elected officials qualify Brexit as a “historic mistake”.

Brexit “was driven by irresponsible nationalism, based on false promises and short-sightedness. It is bad for Britain and bad for Europe, ”Austrian Social Democratic MEP Andreas Schieder said on Tuesday. The resolution also stresses that the European Parliament must be fully involved in future discussions with London on the governance of this 1,250-page agreement, which was promised by the President of the European Commission, Ursula von der Leyen. Relations between London and Brussels have already been deeply affected by the British decision to leave the single market – official since January 31, 2020, but effective only since the start of the year.

On the trade front, European exports to the UK fell 20.2%, while UK imports into the EU fell 47% in the first two months of 2021, according to Eurostat. Added to this is a crisis of confidence between the two partners, after several Downing Street decisions calling into question the previous agreement concluded with the EU, the 2019 Brexit Treaty, which organizes the divorce.

The Europeans criticize London in particular for having violated the Irish protocol contained in this treaty by postponing certain customs and health checks that should be carried out between the British province of Northern Ireland and the rest of the United Kingdom, in order to avoid the return from a border to the island of Ireland. In protest, MEPs have long delayed the time to set a date to give the green light to the trade deal. “The British government must not take (Tuesday’s vote) as a blank check or a blind vote of confidence,” warned Luxembourg MEP Christophe Hansen (EPP, right).

Tensions between London and Brussels

Ursula von der Leyen, whose services have initiated proceedings against the United Kingdom for its violation of the protocol, assured MEPs that the EU “would not hesitate” “if necessary”, to use compensation measures against London unilateral provided for in the agreement. In this delicate context, the recent dispute over the continent’s delays in supplying AstraZeneca vaccines, when the United Kingdom was delivered on time, has added a little more fuel to the fire.

“We have more in common than what divides us”, however pleaded Michel Barnier, who spoke for the last time in front of the hemicycle in his capacity of ex-chief negotiator of the EU for Brexit. A phrase borrowed from pro-European British MP Jo Cox, murdered by a far-right activist during the 2016 Brexit referendum campaign.