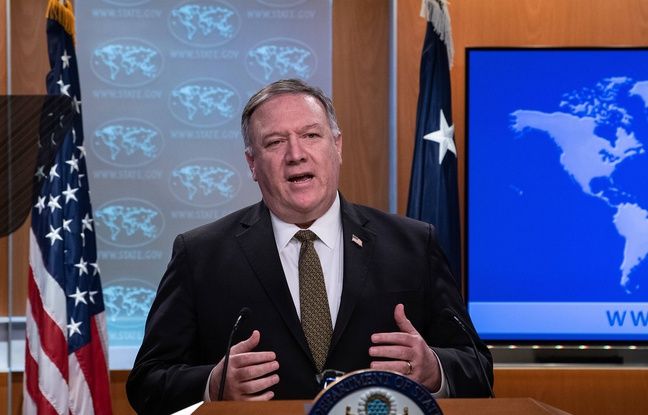 Warning of Beijing’s efforts to steal innovation from the United States, Mike Pompeo, the US foreign minister, urged US universities on Wednesday to be wary of Chinese students and funding from China.

A figure in the Donald Trump administration’s offensive against China, Mike Pompeo spoke to a university institute in Georgia, a state home to a growing Asian-American community and where two senatorial elections will be held in January, decisive for control of the upper house of the US Congress.

Mike Pompeo assured that it was necessary to continue welcoming the Chinese who “sincerely” want to study in the United States but also mentioned the case of two Chinese students indicted for espionage. “If we are not careful, if we do not open our eyes, we will be taught a lesson by Beijing,” he warned from Georgia Tech in Atlanta. “The Chinese Communist Party knows that it can never match our level of innovation. (…) This is why he sends nearly 400,000 students each year to the United States of America, ”continued Mike Pompeo.

He reiterated his calls for American universities to “close” all Confucius Institutes for the teaching of Chinese, designated by the US State Department as tools of Beijing “propaganda”. They must also “investigate what the so-called student groups backed by Chinese Communist Party money are really doing,” he added.

“We cannot let this tyrannical regime steal our information to build their military might, brainwash our homes or corrupt our institutions to cover up these activities,” insisted the secretary of state. Citing figures from the US Department of Education, Mike Pompeo claimed that US universities had received $ 1.3 billion from China since 2013 but accused prestigious institutions of not reporting all their Chinese funding.

He also estimated that China had succeeded in infiltrating universities known to be close to the left because “anti-Americanism was already widespread there”. Mike Pompeo has been describing China for months as America’s number one strategic adversary, and the Trump administration has engaged in an all-out Cold War-leaning confrontation with the Asian superpower. US President-elect Joe Biden has pledged to be very firm on Beijing as well, even though he is considering more cooperation in the face of the global challenges of the pandemic and climate change.