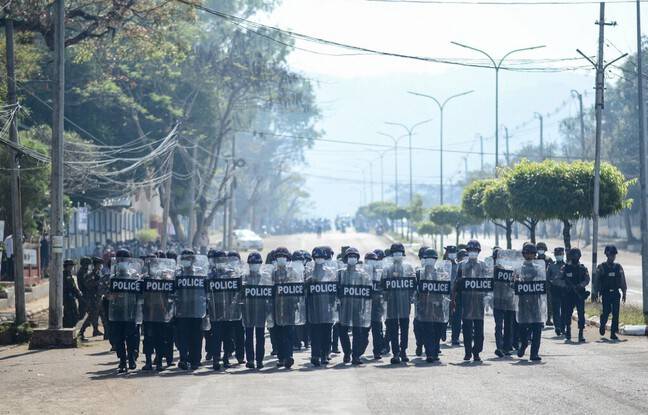 After making arrests in recent days targeting relatives of ousted head of government, Aung San Suu Kyi, and election officials, the military in power in Burma since the February 1 coup have ordered the release of more of 23,000 prisoners this Friday.

Massive prisoner amnesties to clear overcrowded facilities are common and typically performed on important dates in the Burmese calendar. This Friday is a public holiday in the country.

A “show” to “divert attention”

“The State Administration Council (…) has lifted the punishment of 23,314 prisoners held in prisons, detention centers and camps”, it is announced in the columns of the State organ, Global New Light of Myanmar, using the official term to refer to the Burmese military government. Another insert indicates that 55 foreign prisoners would also be released. Both orders were signed by the head of the junta, the army chief general Min Aung Hlaing.

No further details of the released prisoners were given in the announcement. Ming Yu Hah of Amnesty International called the amnesty a “side show intended to distract from the daily human rights abuses committed by military authorities.” “This should only underline the fact that the military has thrown hundreds of people in prison since the coup began for peacefully challenging the regime,” she said.

Since the coup, more than 250 people have been arrested by the new regime, according to an NGO defending political prisoners. Among them is Sean Turnell, an Australian citizen, economic adviser to the ousted government of Aung San Suu Kyi. His party, the National League for Democracy (NLD) – whose Yangon headquarters were the victim of a nighttime intrusion by men in uniform this week – also confirmed the arrest of election commission officials on Thursday.

Aung San Suu Kyi and other prominent political figures were arrested during operations carried out in the early hours of February 1 by the military, which claims last November’s elections were won hands down by the NLD. been marred by numerous frauds. The Nobel Peace Prize winner has not been seen in public since, under house arrest, but according to officials of his party, the former de facto head of the Burmese government is in “good health”.