Mobile plans “guaranteed for life”, a lure for consumers 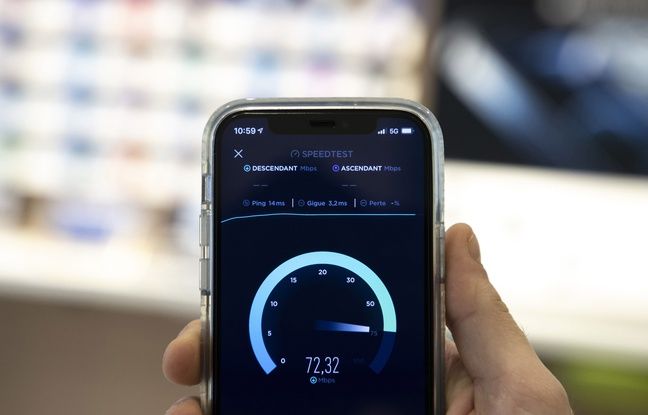 Normally, the theory of relativity is a rather complex notion to explain. But thanks to Bouygues Telecom and SFR, things immediately become simpler. For years, the two groups offered packages whose price was sometimes presented as guaranteed “for life”. But in recent weeks, many users have found that despite this promise, their subscriptions have grown or are on the way to being so.

This is particularly the case for Stéphanie. “I received an email from Bouygues Telecom, informing me that my package of 4.99 euros will go to 7.99 euros in a month, she explains to 20 Minutes. It is impossible to refuse this increase. Bouygues forces my hand, as well as thousands of other people. What scandalizes me is that I benefit from a “lifetime package”. At least, that’s how Bouygues sold it to us ”.

Same thing at SFR, with packages “Red by SFR” which undergo an increase of 3 euros (from 5 to 8 euros / month, and from 8 to 11 euros / month). Again, consumers feel they have been cheated. Indeed, as shown by numerous tweets from customer service – since deleted – the operator spoke of packages “guaranteed for life”.

Annoying… but not necessarily illegal. Indeed, as Olivier Gayraud, lawyer at the CLCV consumer defense association, reminds us, “an operator can completely modify a contract unilaterally, without asking the customer’s opinion. It is authorized by the Consumer Code [article L.224-33 pour les puristes] “. The only condition to be fulfilled: “he is simply required to notify you one month before the change. If you don’t agree, you have four months to terminate free of charge ”.

The counterpart of data

Contacted by 20 Minutes, SFR indicates that “the modification of the RED packages has been applied to the cheapest ranges, which have not seen an increase for several years. In return, data is added to support the observed increase in usage ”.

Indeed, the plans concerned have been provided with additional Gigabytes (GB). “They increase the number of GB so that the increase in the package is more acceptable, but they are not legally obliged to do so” explains Olivier Gayraud. Also requested, Bouygues had not yet responded at the time of publication of this article.

Have a written record

Faced with this observation, consumers who consider themselves aggrieved therefore have little recourse. “I invite them to take a detailed look at their contract and the commercial promises made to them,” indicates Olivier Gayraud. If, for example, a consumer has a document where the term “guaranteed for life” is mentioned, they could take legal action. But beware, a series of tweets from customer service will not necessarily be enough ”. SFR did not hesitate to assure dissatisfied customers that the expression “for life” was an “interpretation” made of the words “without condition of duration” appearing in the contracts.

As early as 2019, a specialist in the telecoms sector had also expressed doubts on the subject. It was neither more nor less than Xavier Niel, the boss of Free. “These lifelong offers were sold in a deceptive manner, and so much the better since it will tarnish the image of those who offer them”, then attacked the competitor of SFR and Bouygues.

To protect themselves, operators have also stopped using the term in their offers. “Some of them try, in their advertisements and on their websites, to point out that the price of their package will not increase automatically after 6 months or a year. But in this case, they use terms such as “Not only the first year” (Bouygues Télécom), “Even after 1 year” (Sosh) or “Without price which doubles after a year” (Red by SFR ) ”, Indicates an article of the UFC-Que Choisir. The moral of the story ? Only diamonds are forever.