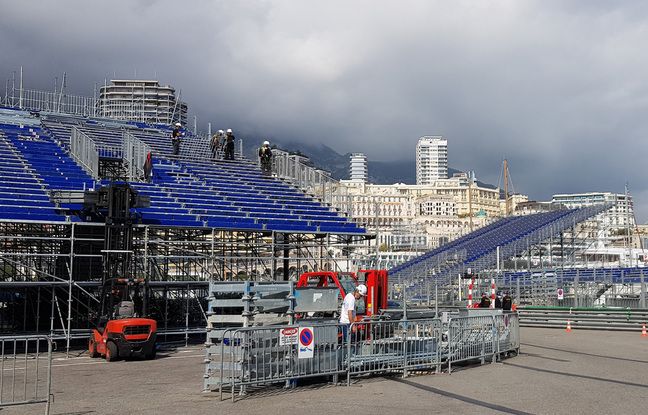 Behind her window on rue Grimaldi, Anny Brice is waiting, impatient to hear the roar of cars. The creator of the Formula 1 souvenir shop, devoted as its name suggests to the world of F1, expects a lot from the next Monaco Grand Prix, “after a blank year which has brought us a lot of difficulties”. Canceled in 2020 because of the Covid-19, the Principality’s big meeting is well scheduled from May 20 to 23.

On January 18, “in the face of rumors” of cancellations, the Automobile Club de Monaco confirmed its holding, in addition to the historic Grand Prix (April 23 to 25), and the 4th Monaco E-Prix (May 8). The race marshals were entitled to their training course on March 13th and 14th. The event will therefore take place. With or without an audience, we say in authorized circles.

On the Rock, where restaurant terraces are open, professionals are keeping their fingers crossed for the first option. According to a study by Imsee, the Monegasque Institute for Statistics and Economic Studies, the event, which represents 1.5% of GDP, usually generates nearly 100 million euros in spinoffs. In 2017, the hotel and catering sector each garnered more than 18 million.

The wait is therefore important while the economy of the Rock has also been hit hard by the crisis. Tickets are on sale anyway. And the assembly of the stands is almost finished around the Port Hercules.

The government “works on different hypotheses”

But what will the actual rules be during the event and how many spectators will ultimately be allowed to attend? “We just know that we will not be able to set up stands outside,” says Anny Brice, the shopkeeper installed there since 1989. And I imagine that access to Monaco will perhaps be subject to the presentation of a ticket. ” Nothing is less sure. The announcement of the provisions “is at this stage premature”, indicates to 20 Minutes the princely government which “is working on different hypotheses for the organization of this event”.

In Bahrain, this weekend, for the first Grand Prix of the season, only spectators vaccinated or cured of Covid-19 will be able to be present. For the Monegasque stage, it is difficult to predict yet what the health situation will be in two months. But the configuration that would hold the string would be at least half the gauge. The Interior Department could also decide to institute drastic measures for the reception of the public in the terraces of buildings and on yachts.