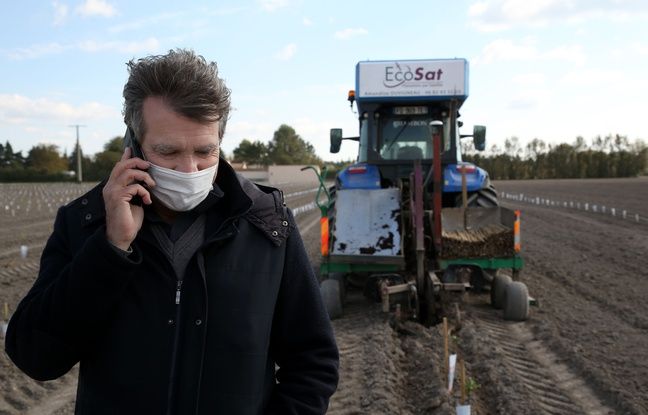 The state must act to get Nokia to suspend its layoff plan in order to “prevent a social disaster” in France, exhorts ex-Minister of the Economy Arnaud Montebourg in an article published by the Sunday Journal . The Finnish telecom equipment manufacturer “wants to cut 986 jobs, mainly in research and development, on the sites of Lannion (Côtes-d’Armor) and Nozay (Essonne), or nearly a third of the workforce in France”, recall Arnaud Montebourg and the co-signatories of this platform, Senator PCF Gérard Lahellec and MP LR Marc Lefur, both elected from Côtes-d’Armor.

Denouncing “high-tech jobs lost, hundreds of young people made at low cost and seniors pushed towards unemployment”, they believe “also and above all (that) the dismantling of a major telecoms player in France raises a question sovereignty and national security ”, because“ we cannot want to install 5G in a forced march and at the same time let the skills to develop and deploy it disappear ”.

The State has “levers”, say the signatories

“We challenge the President of the Republic”, they continue, judging that it is necessary “to act immediately to obtain from Nokia the suspension of the layoffs plan” and thus to avoid “a social, environmental and industrial catastrophe”. They call on “the State to organize a round table with the public authorities, Nokia employees and all interested parties to work on alternatives” and to “monitor the proper use of public aid in terms of investment and development. ’employment and investigate tax optimization practices’.

The state has “levers”, insist the signatories, explaining that “all the patents created in France” by Nokia “are repatriated to Finland and that” thus, the group avoids paying taxes in France, while the State paid him 273 million euros in research tax credit. “They call for signing the online petition launched by the inter-union (CFDT, CGT, CFE-CGC, CFTC) of Nokia to demand the intervention of the president of the Republic.