More than 11 tonnes of cocaine seized in a container from Guyana, a record 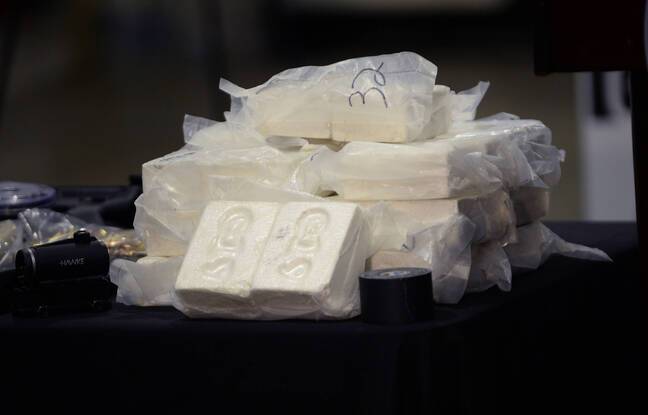 Lots of powder. The Belgian federal prosecutor announced on Thursday a “record” seizure of 11.5 tonnes of pure cocaine. The cargo was aboard a container from Guyana, as part of the dismantling of a criminal organization. Seizure in the port of Antwerp, the goods which were destined for the Netherlands, were destroyed. Its market value was estimated at around 450 million euros, the prosecution said in a statement.

The discovery took place as part of an investigation by the Belgian justice opened at the end of 2019 after the seizure of 2.8 tonnes of cocaine. It allowed the dismantling of an international criminal organization “well structured, suspected of sending very regularly large quantities of cocaine from South America to Belgium”, explained the prosecution.

He announced on October 1 the arrest of around thirty people in Belgium, the Netherlands and Spain, following 70 searches. Among them, 22 are still in preventive detention and nearly 3 million euros have been seized. This investigation revealed that another consignment of cocaine was en route from South America. The suspected containers were transported by boat to the Belgian port of Zeebrugge, then were transported on a barge to the port of Antwerp.

On October 27, investigators inspected five containers of scrap metal. Inside one of them had been placed another steel container, in which the cargo of 11.5 tons of cocaine was found. This seizure led to five new searches giving rise to two arrests in Belgium and one in the Netherlands.