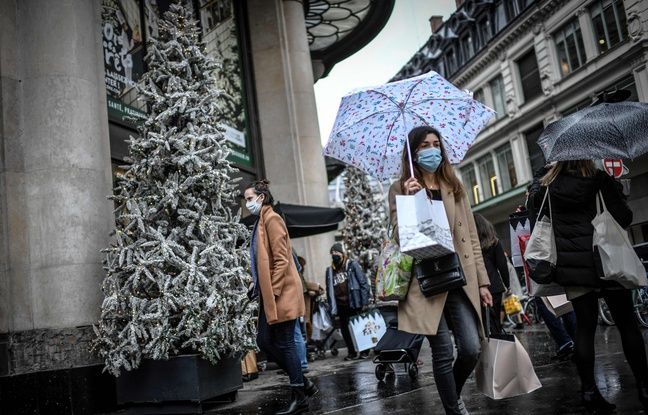 It is a Christmas unlike any other that many countries live, forced to festivities often restricted, even leaden, by the restrictions ordered to fight against the pandemic. Pope Francis, who is the head of 1.3 billion Catholics in the world, celebrated Mass on Christmas Eve in the gigantic St. Peter’s Basilica in the presence of less than 200 faithful wearing protective masks.

Thousands of European truck drivers have spent New Years Eve in sketchy conditions, stuck around the port of Dover in the United Kingdom, which is slowly emerging from the isolation caused by the appearance on its soil of a new strain of the virus, more contagious . The French port of Calais foresees a situation “totally resolved” Saturday in the day.

Europe, the most affected area in the world

The sacrifices that were made in 2020 in an attempt to limit the pandemic must not be wasted during the holiday season, the WHO chief warned in a Christmas message. All travelers on flights from the United Kingdom will be required from Monday to present a negative Covid-19 test of less than seventy-two hours to be admitted to the United States. The detection of the new strain has led since Sunday around fifty countries to suspend or restrict their air links with the United Kingdom.

More than 25 million cases of contamination with the new coronavirus have been officially identified in Europe, according to a count made by AFP from reports provided by the health authorities this Friday, at eleven o’clock. The 52 countries of the region (which goes east to Azerbaijan and Russia) constitute the most affected area in the world in terms of number of cases, ahead of the United States and Canada (19,188,172 cases ), Latin America and the Caribbean (15,024,469 cases) and Asia (13,617,004). The region was the first to cross the threshold of half a million dead on December 17.

Start of the vaccination campaign in France

After the United States, Great Britain, or more recently Switzerland, France will begin its vaccination campaign against Covid-19 on Sunday. This “will start in a small number of establishments for the elderly, and will gradually extend to the whole of France in January,” the government said.

The coronavirus pandemic has killed at least 1.74 million people worldwide since the end of December and more than 79.3 million cases of contamination have been officially diagnosed, according to the latest report.