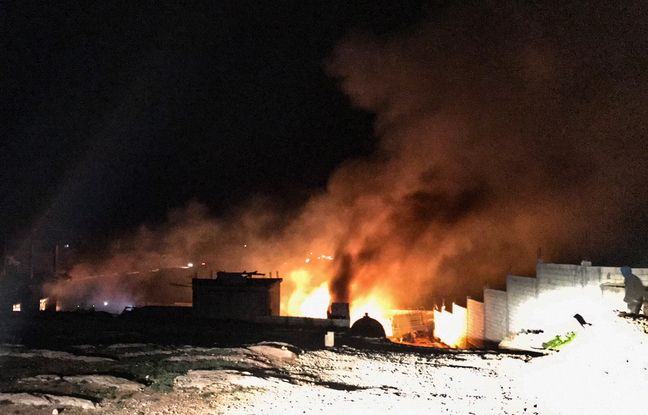 The war in Syria, which is entering its eleventh year, has left at least 388,652 dead, the Syrian Observatory for Human Rights (OSDH) said on Sunday in a new assessment. According to the UK-based NGO, nearly 117,388 civilians, including more than 22,000 children, have died since the outbreak of the conflict in 2011. It specifies that attacks by the Syrian regime and allied militias are responsible for the majority of the deaths. civilians.

An underestimated balance sheet according to the OSDH

Fighting declined in 2020 due to a ceasefire in northwestern Syria and the coronavirus pandemic that efforts have been focused on. Triggered in March 2011 with the repression of pro-democracy demonstrations by Damascus, the war in Syria, which today involves a multitude of belligerents and foreign powers, enters its eleventh year on Monday.

The OSDH has also documented at least 16,000 deaths in government prisons and detention centers. The toll, however, is underestimated, according to the Observatory, which says it does not include the 88,000 people who died as a result of torture in the regime’s prisons.

Damascus currently controls more than 60% of Syrian territory after a series of victories since 2015 by Russian-backed regime forces against jihadists and rebels. Among the areas still outside its control are the last rebel enclave of Idleb in the northwest, the Turkish-controlled areas along the northern border and the northeastern parts of the country under the control of Kurdish forces.

The war also forced more than half of the pre-war population to flee. Some 200,000 people have disappeared, recalls the OSDH.