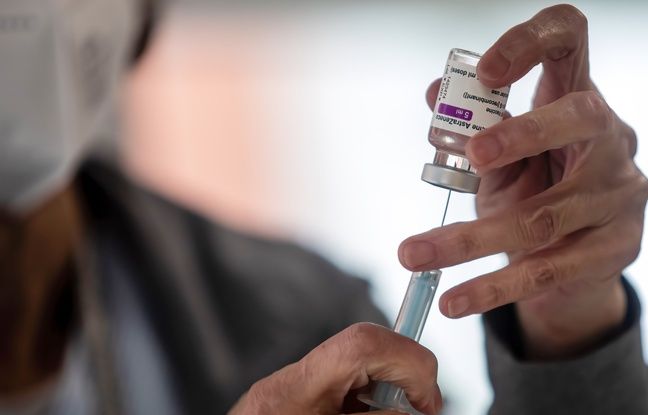 The threshold of 400,000 deaths from the coronavirus was crossed this Thursday in Brazil, where vaccination has still not taken off and a parliamentary commission is investigating the responsibility of the Bolsonaro government in this massacre. According to figures from the Ministry of Health, undervalued for many experts, Brazil has recorded 401,186 deaths including 3,001 deaths and nearly 70,000 new cases of contamination in the last 24 hours.

This month of April, along with that of March, will have been the deadliest in the fourteen months of the pandemic in this country of 212 million inhabitants, the second most bereaved behind the United States. Even as the curves begin to stabilize on a high plateau, the death rate is highest in the Americas and the Southern Hemisphere, at 189 per 100,000, exceeding that of the United Kingdom (188).

“Nothing has been done to contain this variant”

The number of deaths has increased exponentially since the start of the year: it took more than five months to go from 100,000 to 200,000 deaths on January 7, but then only 77 days to reach 300,000 (March 24) and 37 for the 400,000. “There was a strong impact of the P1 variant,” explained Ethel Maciel, epidemiologist at the University of Espirito Santo (UFES). More contagious and suspected of being more severe, it first raged in the Amazon before spreading throughout the country.

“When there was a peak in January in Manaus, in the Amazon, nothing was done to contain this variant, the flights were maintained. It was only a matter of time before it became dominant throughout Brazil, ”continues Ethel Maciel, who points to the“ lack of national coordination ”in the anticovid response.

A parliamentary commission of inquiry was set up on Tuesday in the Senate to study how the government handled the health crisis, deemed inept by specialists. The investigation will focus in particular on the Manaus crisis, with a serious shortage of oxygen and the death of dozens of asphyxiated patients.

The presence of the P1 variant at 90%

According to a study made public this Tuesday by the Adolfo Lutz Institute, 90% of samples analyzed in the state of Sao Paulo (southeast), the most populous in the country, showed the presence of the P1 variant, against 80% in March, 40% in February and 20% in January. “We had the worst time from mid-March to mid-April, when all hospitals in all parts of the country were overloaded at the same time,” said Ethel Maciel.

The second week of April was the most devastating, with two days with more than 4,000 deaths recorded in twenty-four hours. Nevertheless, the curves have started to stabilize after more than four months of dizzying rise, even if the plateau remains very high: the average of daily deaths over the last seven days has fallen below 2,500, after having been above 3,000 there is another 15 days.

Another encouraging sign: the reproduction rate. The average number of people infected with each carrier of the virus fell below the threshold of “1” on Tuesday for the first time in five months, according to data from Imperial College London.

In Brazil, vaccination is slipping for lack of doses. Second-dose injections had to be stopped in towns in 14 of the country’s 27 states, according to TV Globo. To date, 28 million people have received a first injection, or 13.2% of the population, and 12 million the second. The vaccination began in mid-January, with AstraZeneca and the Chinese CoronaVac. But a third option will soon be available: a million doses of Pfizer’s serum were due to arrive by plane Thursday evening.