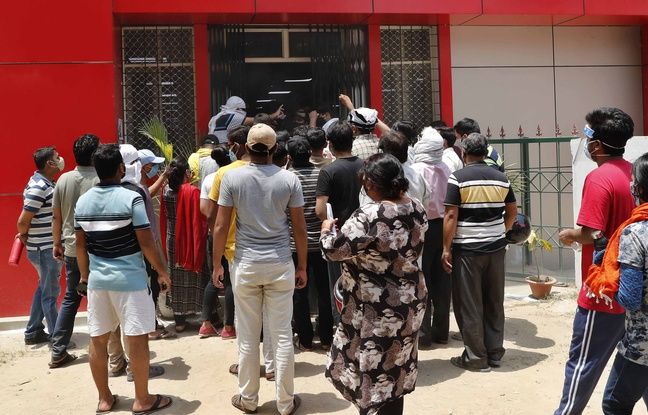 This is a frightening first in the world: India recorded 401,993 new Covid-19 infections on Saturday over the past 24 hours. And in April alone, the country of 1.3 billion people detected around seven million new infections. Some 3,523 deaths were recorded on Saturday over the past day, bringing the total to 211,853 deaths. But experts believe the real numbers are much higher.

Faced with this epidemic outbreak, the authorities opened the vaccination campaign to all 600 million adults in the country, despite vaccine shortages. Several states, including Maharashtra and New Delhi – among the most affected – have indeed already warned that they were running out of vaccines and that the campaign’s deployment was threatened by administrative quarrels, confusion over prices and technical issues on the government’s digital immunization platform.

So far, around 150 million vaccines have been administered, or 11.5% of the population, and just 25 million people have received their two injections. “The lines here are so huge,” said Jayanti Vasant, at a busy vaccination center in Mumbai, “and people keep fighting.”

In Delhi, a crowd of around 100 crowded outside one of the few hospitals offering vaccines for those under 45. “So many people are getting sick (…). We just want to be here as soon as possible, ”Aadya Mehta, 25, told AFP.

International medical aid, announced by more than 40 countries, started arriving this week in India, where hospitals are sorely lacking in beds, oxygen and medicine. On Saturday, a plane carrying equipment was to be loaded at the French airport at Roissy, and a US military device, carrying more than 400 oxygen cylinders and a million tests for the coronavirus, landed in New Delhi on Friday.

Further supplies from many countries are expected in the coming days.