More than 800 arrests on another Sunday of protests 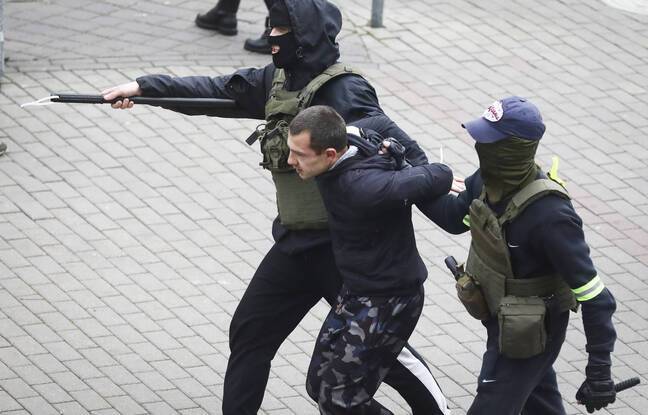 In Belarus, the tension has not fallen since August 9, date of the disputed presidential election in which the outgoing head of state Alexander Lukashenko emerged victorious. If the regime is showing itself more and more intractable, that does not prevent the opposition from continuing to pound the pavement. More than 800 demonstrators were arrested Sunday during a demonstration in Minsk demanding the departure of Lukashenko.

Like every Sunday, several thousand demonstrators, many wearing the red and white colors of the opposition, flocked to the city center, surrounded by a large police device and where several metro stations were closed. They want the coming to power of Svetlana Tikhanovskaya, officially unsuccessful presidential candidate who had to flee abroad. On Sunday, the crackdown did not seem to subside. Journalists working with AFP saw police wearing balaclavas grab protesters before taking them into police vans. According to the human rights organization Viasna, at least 830 demonstrators were arrested in Minsk and a few other cities. A dozen journalists are among them as well as athletes, such as the Olympic decathlon medalist Andrei Krauchanka, or Miss Belarus 2008, Olga Jinikova, according to the independent media Tut.by.

Refugee in Lithuania, Svetlana Tikhanovskaïa estimated Sunday that these 90 days of demonstrations without inflection of the regime show that it has “lost its legitimacy and its power”. “He does not want to give us the right to decide what will happen in our country,” she wrote on Telegram, adding that the protests will continue “until we win.”

The day before, she congratulated Joe Biden on his election to the White House. “It was a real race of ideas, programs and teams unlike Belarus, where the votes were simply stolen,” she said. She added that she believed that “the new president of the United States will soon meet the rightly elected president of a new and free Belarus”, stressing that Joe Biden had “several times taken firm positions in support of the Belarusian people”. Alexander Lukashenko on Saturday called the election in the United States a “parody of democracy” and said that he did not expect his relations with Washington to change, whatever the outcome of the election.