Moscow and Tehran united against the West 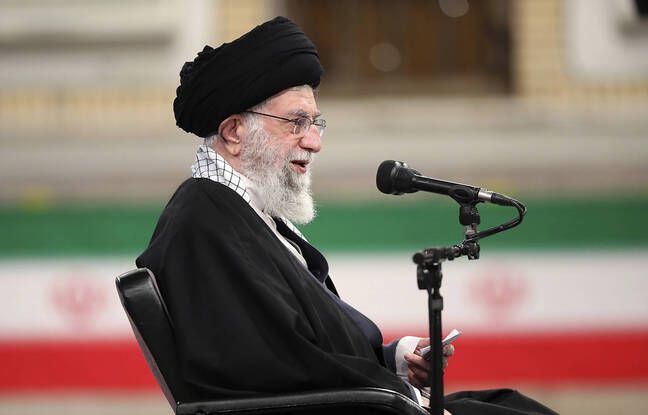 Faced with Washington and the Europeans, Moscow and Tehran displayed a united front on Tuesday during discussions in Vienna to try to save the 2015 Iran nuclear deal.

“We are counting on the fact that we will be able to save the agreement and that Washington will finally return to the full and complete implementation of the corresponding UN resolution”, declared the head of the Russian diplomacy, Sergey Lavrov, during a press briefing with his Iranian counterpart, Mohammad Javad Zarif, in Tehran.

Sergey Lavrov once again called on the United States to lift the sanctions adopted against Tehran since leaving the agreement decided in 2018 under the presidency of Donald Trump. The Russian minister also attacked with virulence the EU which, according to him, threatens the efforts underway by announcing Monday to sanction eight Iranian security officials for their role in the violent repression of the demonstrations in November 2019. ” In the EU, there is no coordination, the right hand does not know what the left is doing, it is unfortunate, ”he said.

“If this decision was taken voluntarily in the midst of negotiations in Vienna to save (the nuclear agreement), then it is no longer unfortunate, it is a mistake that would be worse than a crime”, a- he blurted out. In response to the decision of the EU, which coordinates the discussions in Vienna, Tehran announced Monday evening to suspend “all dialogue on human rights” with the Twenty-Seven, as well as its cooperation with Europe in terms of ” terrorism, (fight against) drug trafficking, and refugees ”.

For his part, Mohammad Zarif warned the United States that they would get no advantage in the nuclear talks through “acts of sabotage” or “sanctions”. “We have no problem going back to our commitments (…) but the Americans must know that neither sanctions nor acts of sabotage will give them an instrument of negotiation and that these actions will only further complicate the situation for them” Mohammad Javad Zarif said. The day before, Tehran had accused Israel of having sabotaged its uranium enrichment plant in Natanz, in central Iran, on Sunday, while discussions are underway in Vienna to try to save the international nuclear agreement. concluded in the Austrian capital in 2015.

“What they did to Natanz, they thought it would be to Iran’s disadvantage (…), I assure you that in the near future, Natanz will switch to more sophisticated centrifuges,” Mohammad Zarif said. “The Israelis, if they thought they could stop Iran’s efforts to lift the sanctions against the Iranian people, made a very bad bet,” he added. “The United States was in no way involved” in what happened in Natanz, the White House said on Monday.

Tehran and Washington are passing the buck

The Vienna talks bring together the states still parties to the Iran nuclear agreement (Germany, China, France, United Kingdom, Iran and Russia), under the aegis of the European Union. Washington is associated with it but without direct contact with the Iranians. The United States, under President Donald Trump, unilaterally denounced the Vienna Agreement in 2018, reinstating the American sanctions that had been lifted under this pact.

In response, Iran has since 2019 freed itself from most of the key commitments limiting its nuclear activities that it had made in Vienna. Joe Biden, who took over from Donald Trump in January, signaled his intention to re-enter the deal. But so far, Tehran and Washington are passing the buck: Iran demands that Washington lift its sanctions to return for its part to full compliance with its commitments when the United States first demands the return of Iran under the terms of the agreement to lift their punitive measures. The United States and Israel are the first two official enemies of the Islamic Republic.