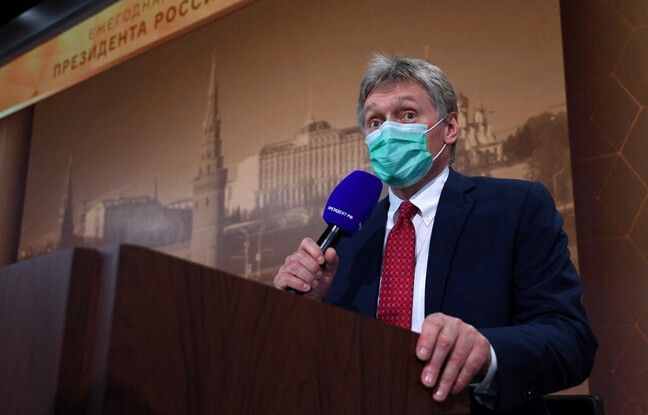 Tension rose again this Friday around the vaccination against Covid-19, France accusing Russia and China of using their vaccines as propaganda tools. “China and Russia are pursuing a policy of influencing vaccine,” French Foreign Minister Jean-Yves Le Drian said on Friday. President Emmanuel Macron had already evoked Thursday, at the end of a virtual European summit, “a world war of a new kind”, and the “attacks” and “inclinations of destabilization – Russian, Chinese – of influence by the vaccine “.

Russia has refuted these criticisms. “We absolutely do not agree (with the accusations) saying that Russia and China are using the coronavirus pandemic and the problem of vaccines as tools of influence”, estimated this Friday Dmitry Peskov, the spokesperson of the Russian Presidency. “We absolutely disagree with (the accusations that) Russia and China are waging any war.”

Refusing to comment on the accusations of France, Germany, she reaffirmed her readiness to use the Sputnik V vaccine to fight the pandemic, provided it is approved by the European Medicines Agency (EMA). The tone is also rising between the United Kingdom and the European Union, faced with delivery problems. The EU said it was ready on Thursday to block exports of AstraZeneca’s vaccine.

The President of the European Commission Ursula von der Leyen warned, at the end of the European summit: the Swedish-British laboratory, which delivered to the Twenty-Seven only 30 of the 120 million doses promised in the 1st quarter, “will have to first catch up ”and honor his contract before being able to export outside the continent.

The European Commission has strengthened its mechanism for controlling exports to drastically restrict them to countries that produce them or whose populations are already widely vaccinated, angering the United Kingdom, even though London and the EU have pledged to find a solution. The 27 countries of the European Union accumulate 65 million doses, administered to 10% of the population.

The pandemic has killed at least 2.756 million people worldwide since the end of 2019, according to a count on Friday. Coronavirus contaminations continued to accelerate around the world this week, although they remain much less numerous than at the beginning of the year.