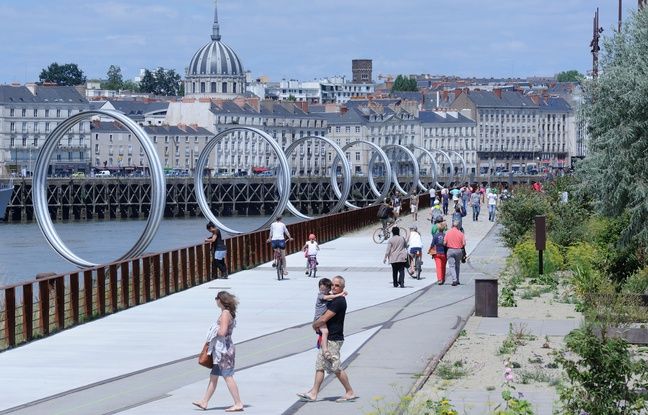 Long in search of attractiveness, the City of the Dukes is re-examining itself. While the Voyage à Nantes (the tourist structure behind the summer artistic event of the same name) celebrates its tenth anniversary, the ambitions of the sixth city in France are evolving, after the health crisis is over. been there. “Today, we can say that Nantes has become a destination in its own right (…), welcomes Jean Blaise, director of VAN. But we wonder about overtourism and what it can cause in the world. Does it make sense to come by plane for 48 hours in a city? Should we continue to go prospecting in China? (…) We need to think about how tourism can be more virtuous. “

While a conference on this theme will be organized with the players in the sector at the start of the school year, the Voyage à Nantes seems already ready to break with the “city break” model. With a view to the summer season, it has just launched its “7-day pass”, which offers for 90 euros (240 euros for a family) a summary of activities, tickets for museums, transport tickets … with the objective of ” encourage holidaymakers to stay longer on site (on average, the length of a stay is currently 2.3 nights). “Between Nantes’ cultural offer, cruises on the Loire, cycling, the vineyard to discover, the heritage of Saint-Nazaire… there is really something to do for a week, estimates Aurélie Peneau, director of tourism development. This formula makes it possible to optimize the economic benefits and to diffuse the flows on the whole territory, and this all the year. “

Moreover, the Voyage à Nantes announces that it is working on “a strong proposal” for Christmas 2022. Something to seduce tourists who should, in the future, travel less distance to come and admire the Grand Elephant or other Nantes artistic curiosities. A return to “proximity” even though a special route had been devised two years ago to appeal to Americans and Chinese… “We are going to target neighboring Europe, countries where we already come from, indicates Jean Blaise. Great Britain, Spain, Germany… We will also continue to work towards the metropolises connected by train. “

Anyway, the flagship event which made Nantes famous, and whose next edition will take place from July 3 to September 12, “will not disappear”. “But we must go further than the event,” said Jean Blaise.