Navalny defends his complaints against the prison administration 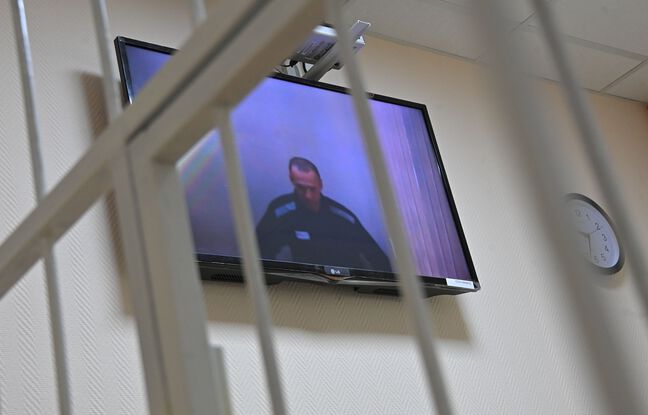 A Russian court was examining this Wednesday three complaints by the imprisoned opponent Alexeï Navalny against the prison administration, during a hearing in which he participated by videoconference, appearing in good shape a month after the end of his hunger strike. Imprisoned in January on his return from Germany where he was recovering from a poisoning he accuses the Kremlin of, the opponent and anti-corruption activist was sentenced to two and a half years in prison for a fraud case dating from 2014 and denounced as an upheaval from scratch.

Alexei Navalny, 44, has been serving since his sentence in the Vladimir region, around 100 kilometers from Moscow, where he observed a 24-day hunger strike in April to denounce his conditions of detention in a prison known as one of the toughest in Russia. Do the complaints examined this Wednesday relate to the refusal of the prison administration of this colony to give him books sent by his relatives, in particular the Koran that he says he wants to study, on the censorship of the newspapers he receives, as well as on his placement on the list of people inclined to escape.

“It’s a bizarre situation”, denounced Alexeï Navalny, in a dark jacket, smiling but the face emaciated, during his intervention by videoconference in front of a court of Petouchki, in the region of Vladimir. “I would like to be given the books that were sent to me,” he insisted. Sitting with hunched shoulders, the opponent targeted in recent years by several criminal investigations and accustomed to hearings has not adopted a combative posture this time, speaking in a calm manner. Alexeï Navalny said he was unable to receive the Koran only after his transfer to a prison hospital in April due to his hunger strike and where he is still being held.

The opponent also complained that several newspaper articles he received in his previous place of detention were “cut with scissors”. “I’m not against reading my letters. But why cut out newspaper articles? “, He rebelled. The opponent also complains about his placement on the list of people inclined to escape, after having already accused in April the jailers of the penal colony where he was detained before his hospitalization of waking him up several times a night under this pretext, treatment he described as “sleep deprivation torture”.

“There is no objective data to confirm that I am planning an escape. It’s an absurd decision, ”he denounced. Since his arrest, the authorities have begun to dismantle his movement, several of whose cadres have fled abroad. Justice is currently examining a request from the Public Prosecutor’s Office to classify its organizations as “extremists”, while the Duma, the lower house of Parliament, adopted on Wednesday at third reading a law which prohibits members of groups qualified as such from being elected deputies. , and therefore to participate in the legislative elections in September.