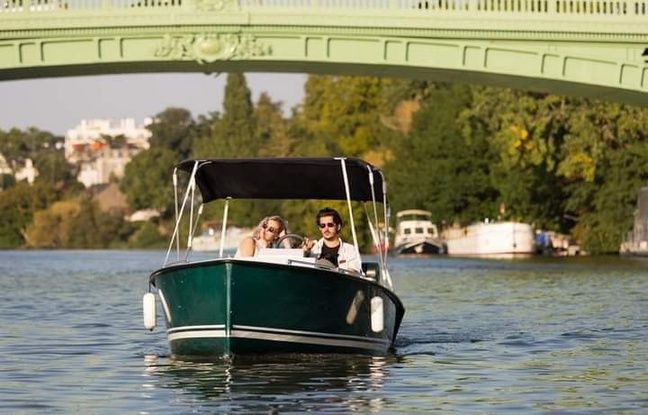 On the pontoon, it’s not the rush but the reservation schedule “is filling up”. Since this weekend, the Ruban Vert nautical base on Île Versailles, in Nantes, has reopened its doors to groups of friends or families tempted by an electric boat trip along the Erdre. “A little moment of freedom,” said a couple, sunglasses on their noses, who showed up at the ticket office this Sunday morning. For 25 euros, they will enjoy a one-hour trip with their daughter, at a navigation speed of around 5 km / h. Perfect for observing the barges, herons or pretty reflections which make the charms of the river and its banks in spring.

Already popular in normal times especially for these reasons, these small electric boats without a license, from three to eight places, are doing very well with the health crisis. “It’s an outdoor activity, in a small group and far from the crowds in the city center,” observes Matthieu Olive, manager of the city’s four Ruban Vert bases (81 boats). After the two months of closure due to confinement, we had a good season last year. People had canceled their trips and were looking for a change of scenery. The health protocol that we have put in place reassures them. “

Lots of boats to build

About twenty kilometers away, in the factory that manufactures these boats and their engines, this observation is widely shared. Based in Vigneux-de-Bretagne, the European leader in the manufacture of electric boats Ruban Bleu, founded in 1992, saw “an explosion in activity” last year. And the trend continues, well beyond Nantes and France, which offers the longest river network in Europe. “We recently delivered to Jordan, New Zealand, Belgium… We still have a lot of orders, with more than 100 boats to build this year, calculates Thibault de Veyrinas, the manager. It is an activity in tune with the times, with less pollution, less noise… We are in the world of slowness, the rapprochement with nature. “

After seeing its turnover jump by 15% last year, the company (which works with subcontractors from Vendée) therefore hopes to do even better this year, in particular thanks to its set-up assistance services. nautical bases, which are multiplying. It also relies on its novelties, such as the Legend model, which allows nine passengers to board with access for people with reduced mobility, including the cockpit, and reach a speed of 10 km / h.

This activity will still have to remain compatible with any new government health measures: while gatherings of six people have been banned for a few days in public spaces, rental companies have had to pass this new rule on board. All the boats obviously have to be in for the curfew. Too early for the sunsets.

Ruban Vert and Ruban Bleu have roughly the same name because both companies were founded by the same person at the time. They are now two separate companies.