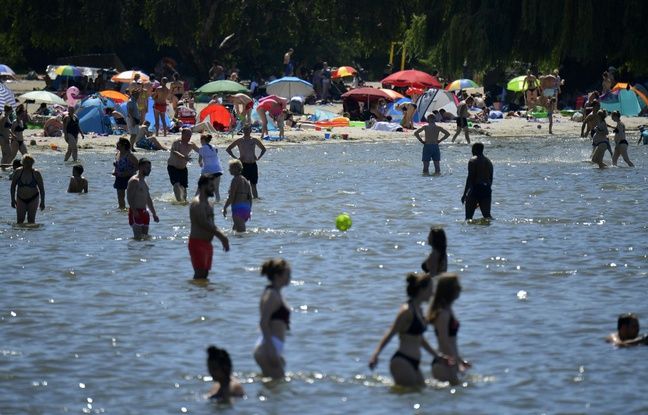 Nearly 200 people were unwell after bathing in Ténès on Sunday, on the northwest coast of Algeria, and had to receive hospital treatment following possible marine pollution, according to local authorities and medical. Three beaches were closed, as well as a local desalination plant, and an investigation was opened by the attorney general of the court of Chlef, the wilaya (prefecture) on which Ténès depends.

At least 178 people fell victim to lung ailments on Sunday after bathing in the waters of a beach in # Tennessee. The cause of these poisonings remains unknown. https://t.co/d61t9JqkP8

The victims suffered from nausea, fever and redness in the eyes, according to Lakhdar Seddas, the wali (prefect) of Chlef. They were all able to leave the hospital.

No hypothesis is excluded

“The victims, people who were bathing at the central beach of Ténès, would have inhaled a gas which quickly spread thanks to the wind blowing throughout the afternoon of Sunday”, explained the director of the health of the prefecture, Doctor Nasreddine Benkartalia, quoted by the official APS agency. For his part, the prefect did not exclude any hypothesis. “But the most plausible is that relating to the spill of a boat off Ténès,” Lakhdar Seddas told a local radio station.

According to the private information site Ennahar Online, this is a cargo ship flying the Tanzanian flag, the Barhom II, which had set sail from the port of Sète (south of France). Another hypothesis: a microscopic toxic algae, according to Professor Réda Djebar, from the faculty of biological sciences at the University of Bab Ezzouar in Algiers.

In a post published on his Facebook page, Réda Djebar recalls similar cases in Mostaganem (north-west) in 2009 and on several other beaches around the Mediterranean. The culprit, according to him, would be a cyanobacterium called “Ostreopsis ovata”. This algae proliferates in the Mediterranean when the temperature is high, as is currently the case.

Teams of divers were dispatched to the site in search of toxic discharges. Thirty-six Civil Protection agents, including professional divers, were poisoned, according to a rescuer official. A delegation from the Ministry of the Environment took “air and water samples at the port (of Tenès), the beaches, the wadi” and installations likely to cause pollution, according to an official statement. .