Nearly 500,000 deaths recorded since the start of the war ten years ago, according to an NGO 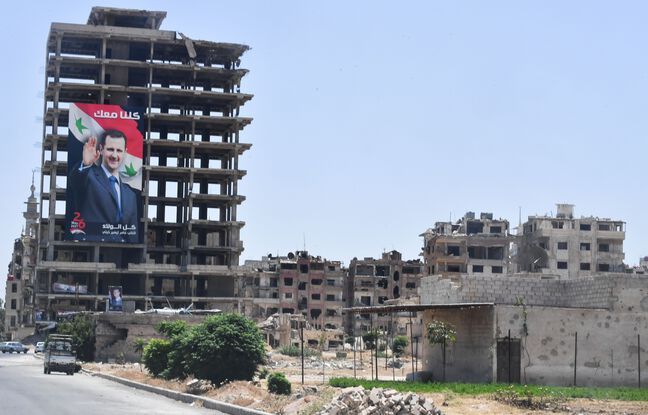 Nearly half a million people died during the war in Syria which began in 2011. This new assessment has just been announced on Tuesday by the Syrian Observatory for Human Rights (OSDH). Based in Britain and with a vast network of military and medical sources across Syria, the NGO has reported precisely 494,438 dead since the start of the conflict.

The war was started ten years ago with the repression of pro-democracy protests by Damascus and has involved multiple regional actors and great powers, throwing millions of people into exile.

Half of the new victims were civilians

The intensity of the fighting declined as early as 2020, mainly due to a ceasefire in northwestern Syria benefiting Idleb, the last major jihadist and rebel stronghold, and the novel coronavirus pandemic against which concentrated efforts. The Observatory’s previous count, published in March, stood at more than 388,000 dead. OSDH has since been able to verify information on the deaths of 105,015 other people.

The director of the Observatory, Rami Abdel Rahmane, said that nearly half of these victims were civilians (42,103), mostly killed under torture in the regime’s jails. “The overwhelming majority of these deaths take place between the end of 2012 and the end of 2015,” he added. In total since the outbreak of the conflict, 159,774 civilians have died, including more than 25,000 children under the age of 18, according to the Observatory. The NGO specifies that attacks by the Syrian regime and allied militias are responsible for the majority of these deaths.

More than 168,000 pro-regime fighters, more than half of them Syrian soldiers, have been killed. Among the non-Syrian allies of Damascus, 1,707 fighters of the Lebanese Shiite movement Hezbollah perished, according to the OSDH. The conflict also left 79,844 dead among rebels, including Islamists, and killed 68,393 jihadists, mainly from ISIS and Hayat Tahrir al-Sham (HTS), the former Syrian branch of al-Qaeda.

The OSDH also documented 57,567 deaths in government prisons and other detention centers of the regime. However, the Observatory states that its record does not include more than 47,000 detainees who allegedly died under torture in the regime’s prisons, but whose deaths could not be confirmed.

The economic cost of the war estimated at 1.2 trillion dollars

After having chained the victories from 2015 thanks to the support of Russia and Iran, the power of Damascus controls nearly two-thirds of the territory. Propelled to power in 2000, succeeding his father Hafez who reigned supreme for 30 years over the country, Bashar al-Assad was re-elected president in May for a fourth term of seven years.

The election took place in the midst of an economic slump, with a historic depreciation of the currency, rampant inflation, and more than 80% of the population living in poverty according to the UN. It was the second presidential election since the start of this devastating war. In a country with ruined infrastructure, Bashar al-Assad presents himself as the man of reconstruction. A recent report by the NGO World Vision estimates the economic cost of the war at more than $ 1.2 trillion (just over $ 1,000 billion).