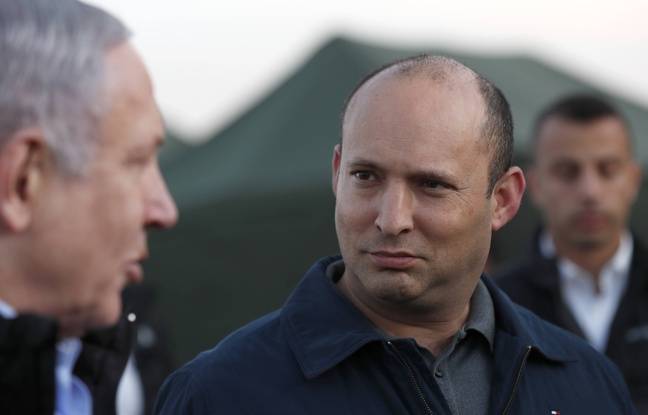 Distribution of ministries, sharing of key positions and sabotage maneuvers … On the eve of the deadline, negotiations to form a coalition of “change” to replace Prime Minister Benjamin Netanyahu enter their phase on Tuesday. final in Israel.

The marathon of negotiations continued into the night between the teams of the main leaders of the left, the center and part of the right, including that of “Yamina”, the formation of the leader of the radical right Naftali Bennett, approached as future Prime Minister as part of a rotation in power.

Getting Israel out of two years of political crisis

On Tuesday afternoon, the leaders of the main factions concerned are to meet in the Tel Aviv suburbs at the headquarters of opposition leader Yair Lapid, “in an effort to reach an agreement,” the party said in a statement. Yamina. After the legislative elections in March and Benjamin Netanyahu’s failure to form a coalition, President Reuven Rivlin entrusted centrist Yair Lapid with this task. This former television star has until Wednesday 11:59 pm (8:59 pm GMT) to present his proposed “government of national unity” agreement to get Israel out of two years of political crisis. Until then, it is mainly a question of overcoming the divisions and the ministerial pretensions of each other, in particular on the highly coveted portfolios of Defense or Justice.

“Until the formation of the government, there are still many obstacles,” said Yaïr Lapid, who displays cautious optimism about his chances of success. “This is our first test, to see if we can find smart compromises and achieve our most important goal,” he said on Monday, saying that “next week Israel may find itself in a new era.” Status quo with the Palestinians, economic recovery, place of religion: everything on paper divides this motley grouping apart from its desire to bring down the Prime Minister in power for 15 years.

The establishment of this coalition would mark, at least for the time being, the end of the power of Benjamin Netanyahu, who became Prime Minister 25 years ago, from 1996 to 1999, then reappointed to this post in 2009. Judged for “corruption” in three cases, he is the first Israeli head of government to face criminal charges during his term that could overtake him if he is no longer prime minister. If Yaïr Lapid presents his agreement on Wednesday evening, he will have seven days to distribute the portfolios and obtain a vote of confidence from Parliament.

In the meantime, everything is still possible. Benjamin Netanyahu, his party and his lawyers were in full swing on Tuesday to divide the opposition bloc and thwart their attempt at a coalition. According to the Israeli press, the president of the Parliament Yariv Levin (Likud) could thus be tempted to delay the organization of the vote of confidence in the Knesset, hoping in this interval of defections in the anti-Netanyahu camp. Another sign of feverishness, Likud lawyers seized on Tuesday the presidency of Israel to raise a point of constitutionality on the project of rotation of key posts in the government outlined by Yair Lapid.

In a text, the presidency swept away the legal question in less than an hour, recalling that Naftali Bennett could be the first to enter the rotation at the head of the government. If the anti-Netanyahu camp ultimately fails to form a government, MPs can ask the president to appoint a new parliamentarian. Or, the scenario most feared by voters, the holding of new elections, the fifth in two years.