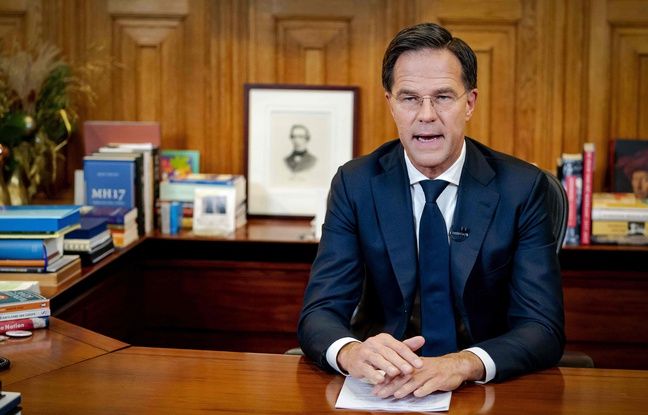 A five-week lockdown will come into effect this week in the Netherlands in an attempt to limit the expansion of Covid-19, the most severe measures adopted in this country since the start of the pandemic, Prime Minister Mark announced on Monday. Rutte.

A statement that triggered the cries and whistles of the demonstrators gathered in front of the seat of government from which Mark Rutte was speaking. “We are not dealing with a simple flu, as the people behind us think”, he commented, acerbic, in allusion to these demonstrators.

Dutch citizens are recommended to stay at home, and to receive a maximum of two people per day, the Prime Minister said, adding that these measures will last until January 19. This announcement comes as the number of contaminations is rising sharply in the country and the number of deaths has passed the 10,000 mark.

All non-essential stores except supermarkets, grocery stores and pharmacies will be closed from Tuesday, while schools will close as of Wednesday. Museums, cinemas, performance halls and gyms as well as zoos will also be closed, he said.

The most severe measures since the start of the pandemic

The location chosen for Monday night’s speech matters, with the Prime Minister’s office usually serving as the backdrop for more formal announcements. Since the beginning of the health crisis, most of the measures had been decreed from a simple press conference room. The measures announced on Tuesday are the most severe since the start of the pandemic. In March, the Netherlands had implemented “smart containment”, with schools closed but stores open.

The tightening of measures in the Netherlands coincides with the announcement in neighboring Germany of a partial lockdown from Wednesday, including the closure of non-essential businesses and schools.