New clashes despite calls for calm from London and Dublin 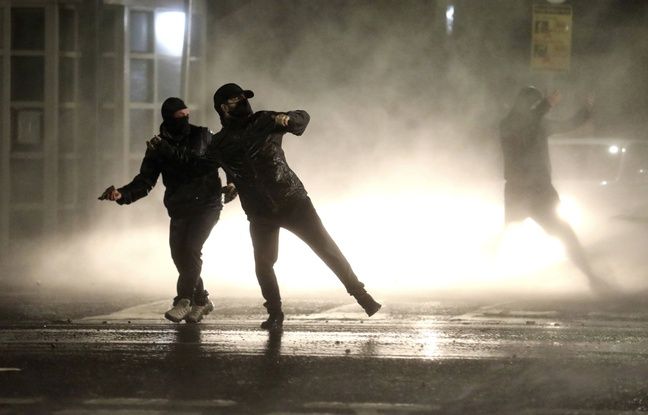 It has been years since the province has seen such clashes. Despite calls for calm from London, Dublin and Washington, new violence broke out Thursday evening in Northern Ireland, agitated for a week by clashes. In Belfast, riot police facing Republican protesters received stones and Molotov cocktails as they tried to prevent the crowd from heading towards their Unionist counterparts, an AFP journalist noted.

It has been a week since the British province has been agitated by these unprecedented clashes since 1998, with a lot of projectile throws at the police and vehicles set on fire, mainly in loyalist areas with a Protestant majority.

This violence, which has so far left more than 50 injured in the police, brings up the specter of the 3,500 deaths that occurred during the three decades of the “Troubles” between Republicans, mainly Catholics in favor of reunification with the Ireland, and Protestant unionists, fervent defenders of membership in the United Kingdom.

On the night of Wednesday through Thursday, a crowd of up to 600 gathered, police said. Vehicles were set on fire, including a bus in service, and Molotov cocktails were thrown on either side of metal barriers that separate the Catholic and Protestant neighborhoods.

These new clashes erupted despite calls for calm earlier in the day from the British and Irish Prime Ministers, joining their voices to those of the leaders of Northern Ireland, Unionists and Republicans, to condemn this “unacceptable” violence, in a context tensions and bitterness in the wake of Brexit.

Ahead of an extraordinary sitting of the local parliament, the Northern Irish government, made up of Unionists and Republicans, issued a joint statement denouncing violence “completely unacceptable and unjustifiable, whatever the concerns”, calling for an end to “the attacks against the police, public services and communities ”.

Boris Johnson sends a minister on the spot

Boris Johnson, who dispatched his Minister for Northern Ireland Brandon Lewis to the site, met in the afternoon with his Irish counterpart, Micheal Martin. “Stressing that violence is unacceptable, they called for calm,” Dublin said. “It is through dialogue and work on the institutions set up by the Good Friday Agreement (which ended the Troubles in 1998) that we must move forward”.

The White House also called for calm, saying it was “concerned” by the violence which takes place when Joe Biden, proud of his Irish origins, had already expressed his concerns about the consequences of Brexit for peace in the province.

The tension was palpable in Belfast at the end of the day, despite the apparent calm. Teenagers were already piling bricks in a supermarket cart, an AFP journalist noted.

“Peace on the surface”

Since the agreement of Good Friday reigns a “peace on the surface”, nevertheless advances Fiona McMahon, a 56-year-old resident. “It is deeply rooted, it is not only because of Brexit”, she continues, estimating that in London, the British Prime Minister Boris Johnson has “nothing to do with here”. Brexit has weakened the delicate balance in the province, by requiring the introduction of customs controls between the United Kingdom and the European Union.

Intended to avoid the return of a physical border between the British province and the Republic of Ireland, a member of the EU, controls are held in Northern Irish ports. Despite a grace period to allow companies to adapt, these new provisions disrupt supplies and are denounced by Unionists as a border between Northern Ireland and Great Britain, and a betrayal on the part of London.

Last week, violence first broke out in the city of Londonderry, before spreading to a loyalist neighborhood in Belfast and its surroundings during the Easter weekend.