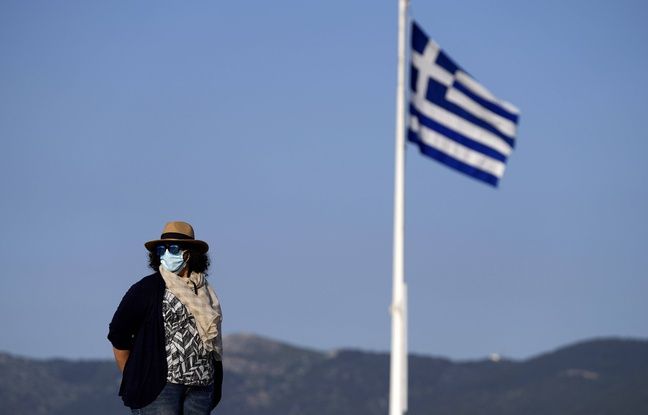 Two victims in just four days. On Tuesday, a 43-year-old woman was gunned down by her husband in the tavern where she worked in Larissa in the center of the country, four days after a feminicide perpetrated near Athens. This new feminicide has caused a shock in Greece, which has seven feminicides since the start of the year.

Armed with a pistol, the victim’s husband, 54, entered the tavern and shot his wife eight times, who was killed instantly, according to local media. He was immediately arrested, according to the Greek News Agency, Ana.

Domestic violence on the rise

Last Friday, a 31-year-old woman was stabbed and killed in Dafni near Athens by her 40-year-old husband, who later turned himself over to the police. The victims’ neighbors had denounced the violent arguments to the police. Since the beginning of the year, seven feminicides have been recorded in Greece, a phenomenon which shows the increase in domestic violence in the country, little accustomed to denunciations of these incidents.

In Greece, “feminicide” does not exist in the Penal Code. Domestic violence increased by 4% in 2020 compared to 2019. During the first confinement, calls to the telephone line set up to support women victims of violence (15,900) increased by 230%.

The “tip of the iceberg”

“Feminicides are the tip of the iceberg of domestic violence,” Maria Stratigaki, professor of social policy at Panteion University in Athens, specializing in gender equality, told Skaï radio.

The left-wing opposition Syriza called for the resignation of Maria Syrengela, general secretary for gender equality who said on Tuesday that these feminicides did not mean an increase in the phenomenon and that “Greece was in a better situation than Mexico or Venezuela where the number of feminicides is much higher ”.

“Feminicides have existed for years, there is an increase due to confinement,” said Maria Syrengela, stressing that “women have recently started to denounce domestic violence”.

“This is the seventh femicide in seven months, but the government and the police continue to take no action, and not to understand that domestic violence is on the increase, especially after months of confinement,” Syriza denounced Tuesday. .

After a new incident, the prefecture puts pressure on the Fos-sur-Mer plant