New outbreak of cases in the country 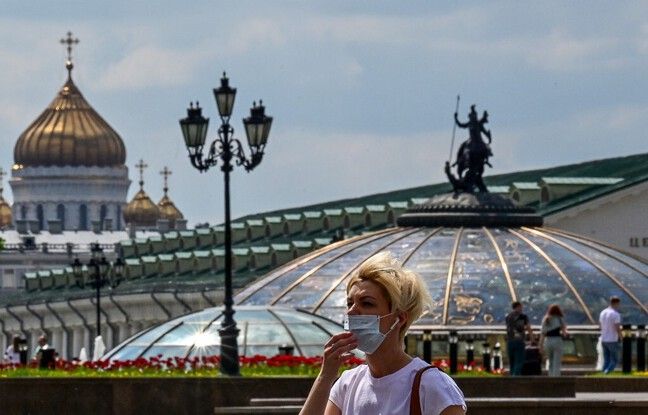 The number of daily coronavirus infections in Russia has exceeded 10,000, a first since March against the backdrop of a sluggish vaccination campaign, according to statistics released on Monday. In total, 10,407 cases have been identified across the country, including 4,124 in Moscow, a record for the Russian capital since January and the end of a second deadly wave of the Covid-19 epidemic. The authorities nevertheless consider the situation under control, while admitting to seeing the figures start to rise again and fear that a new outbreak could hit the country.

President Vladimir Putin himself has stepped up to the plate several times to convince the Russians to go get vaccinated as soon as possible, with the ambition of achieving collective immunity in the fall of 2021. But according to a poll by the Levada institute carried out in April, 62% of those questioned are not ready to be vaccinated with Sputnik V, developed by Moscow and at the heart of the state’s immunization and communication policy.

Only 12% of the population received at least one dose

To date and since December, barely 18 million Russians, or about 12% of the population, have received at least one dose, according to the census carried out by the Gogov site, which aggregates data from regions and media for lack of national statistics official. Russia is one of the countries most affected by the pandemic. According to the statistics agency Rosstat, more than 270,000 deaths were linked to him at the end of April, more than double the toll of 124,895 deaths recognized to date by the government in its daily accounts.

Demographic data also show a very sharp increase in mortality in January-April 2021 compared to the same period of 2020, with 752,000 deaths recorded against around 611,000 a year earlier. In 2020, the growth in the number of deaths had already reached 18% with 2.1 million deaths against 1.8 million in 2019. After the spring 2020 containment, Russia, to preserve its economy, has implemented restrictions very limited anti-Covid and most of them were lifted in early 2021. The main measure remaining in force is the wearing of masks in stores and transport.