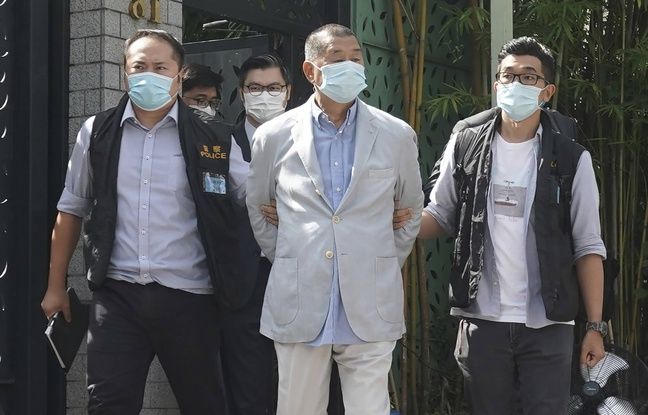 Hong Kong press magnate Jimmy Lai was sentenced on Friday to a new prison term for taking part in a 2019 protest banned on the 70th anniversary of Communist China.

Currently in detention for participating in other protests, Jimmy Lai was sentenced to 14 months in prison for organizing and participating in the rally on October 1, 2019. He pleaded guilty.

Seven other figures in the pro-democracy movement, including Figo Chan, a 25-year-old activist, and ex-MPs Lee Cheuk-yan and Leung Kwok-hung were also sentenced to new sentences. This wave of condemnations once again illustrates the relentless Chinese repression on the semi-autonomous territory. In 2019, the international financial center was rocked for several months by huge, often violent, protests against Beijing’s growing grip.

On October 1, 2019, National Day in China, radical activists and the police clashed in a particularly violent way on the sidelines of the rally which took place peacefully and in which the activists took part. condemned. Beijing had seen as a snub the high rate of participation of the population in this rally as the Chinese government celebrated the 70 years of the regime.

“It was naïve to believe that a call for peaceful and rational conduct would be enough to ensure the absence of violence,” Justice Amanda Woodcock said as she handed down the jail terms for the eight activists.