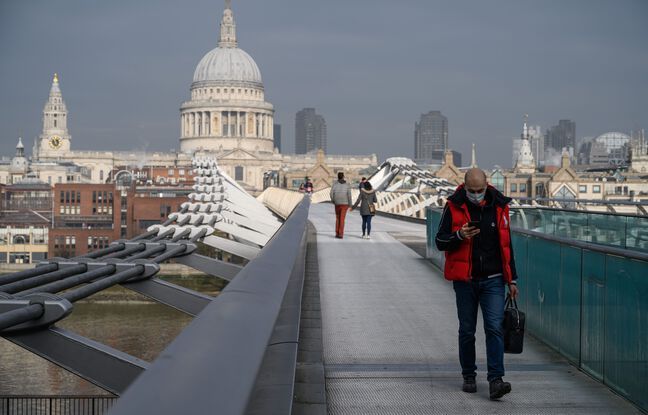 The surge in cases of the new coronavirus in the United Kingdom prompted representatives of the health services on Tuesday to warn of the situation of hospitals, “at the heart of the storm” and even more loaded in England than at the worst of the first wave.

The country, one of the most bereaved in Europe with more than 71,500 dead, has seen the Covid-19 epidemic start again since the identification of a new variant up to 74% more contagious, according to a study. Monday morning, 20,426 people were hospitalized in England, affected by this disease, against 18,974 during the peak of the first wave, on April 12.

Despite extensive local reconfigurations since last weekend, the number of new positive tests recorded in a single day reached 53,135 on Tuesday, a record. In total, more than 2.3 million people have tested positive in the UK, of which more than 71,500 have died.

“We are back in the heart of the storm with a second wave of coronavirus sweeping Europe and this country,” said the director general of the public health service (NHS) for England, Simon Stevens, in a video posted on Twitter .

NHS chief, Sir Simon Stevens, praises all health workers in the National Health Service for their response to the “worst pandemic for a century”.

He adds the country is “back in the eye of the storm”.

“Many (caregivers) have canceled their plans for Christmas in order to volunteer and work overtime, but the truth is, many are at a breaking point,” Samantha warned on Twitter. Batt-Rawden, Intensive Care Physician and President of the Doctor’s Association. According to her, hospitals lack oxygen, others lack volunteers and patients must be transported more than a hundred kilometers to find them a place.

While 40% of the English population, all of mainland Scotland, Wales and Northern Ireland are instructed to stay at home, calls are increasing to further toughen the measures in place, in particular by pushing back back to school.

the AstraZeneca vaccine soon to be deployed in addition to that of Pfize / BioNTech?

The British government is counting on vaccines to get out of the crisis. The Medicines Health Regulatory Authority (MHRA) is due to give its opinion on the vaccine developed by the British laboratory AstraZeneca and the University of Oxford in the coming days. It has already authorized the one from Pfizer / BioNTech which has been injected to more than 600,000 people since December 8.

Simon Stevens estimated “that by the end of spring” all vulnerable people in the country will have been vaccinated. “This is perhaps the greatest ray of hope for the coming year,” he said.

But vaccination efforts will have to be doubled, to two million injections per week, to avoid a third wave of the virus, according to estimates by the London School of Hygiene and Tropical Medicine reported Tuesday by the daily The Telegraph.