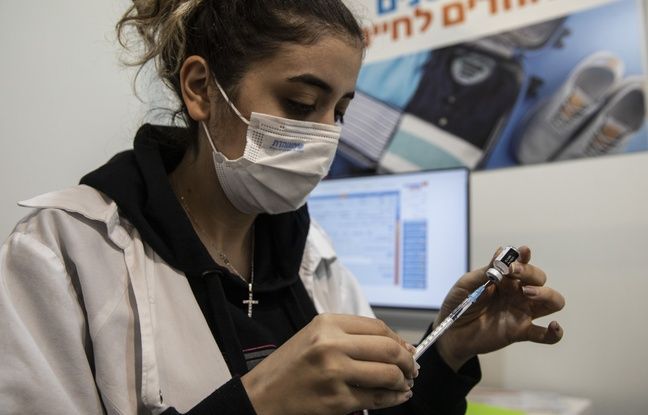 Pfizer’s vaccine is 94% effective against symptomatic cases of Covid-19, according to a very large study carried out in Israel and published on Wednesday, confirming data from clinical trials and the crucial role of vaccination campaigns in bringing an end to the pandemic. “This is the first peer-reviewed evidence of the efficacy of a vaccine under real world conditions,” said Ben Reis, one of the co-authors of this study published in the prestigious New England Journal of Medicine.

So far, the efficacy of the vaccine has been proven by clinical trials carried out on thousands of people, but not under real conditions, which involve a greater variety of people and behaviors or even logistical challenges such as maintaining the cold chain. The study was conducted using data from some 1.2 million people treated by one of Israel’s largest health organizations (Clalit Health Services), between December 20, 2020 and February 1, 2021. A By this time, the British variant was circulating widely in the country, making these results all the more interesting.

Substantial effects even before the second dose

Almost 600,000 people who received the vaccine were “associated” very rigorously with some 600,000 others who had not received the injection, and presenting very similar characteristics in terms of sex, age, but also comorbidities and location. dwelling. By comparing the two groups, the authors show that vaccination reduced symptomatic cases of Covid-19 by 94%, severe cases of the disease by 92%, and hospitalizations by 87%. These rates apply to the protection obtained at least seven days after the second injection.

But “a fairly significant effect was observed even before the second dose”, noted Noam Barda, one of the two main authors, with an effectiveness of 57% for cases of Covid-19 with symptoms, and 62% for them. severe cases. The vaccine was also 72% effective in preventing deaths from Covid-19 after the first dose, but their low number in this study makes this result less reliable.

Encouraging from an infection point of view

Effectiveness was relatively consistent for all age groups, “including people over 70,” said Ben Reis. On the other hand, “we have indications showing that for people with a lot of (previous) illnesses, the vaccine works slightly less well. “

In addition, the study reports a 92% effectiveness against the very possibility of being infected (and not only of developing symptoms). This is crucial data, because if confirmed, it could indicate that vaccinated people can no longer transmit the virus. But this result must be taken with caution, by the authors’ own admission. It is encouraging but at the same time “this study cannot guarantee that we have detected all asymptomatic infections,” warned Noam Barda.