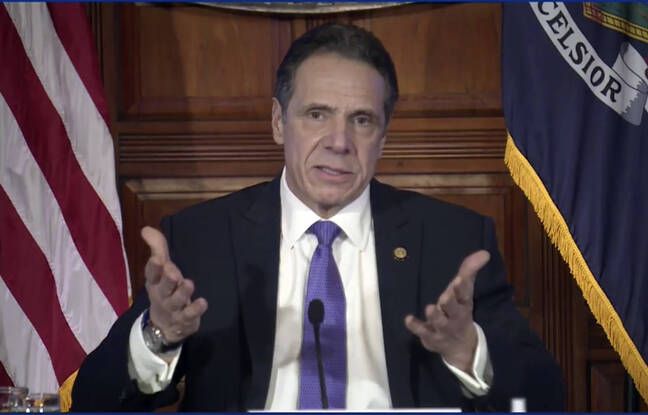 “I will not resign. The powerful governor of the State of New York, accused of sexual harassment, ruled Wednesday to throw in the towel, at least until the investigation into these allegations is not completed. “I was not elected by politicians, I was elected by the people of New York State, I will not resign,” said Andrew Cuomo, one of America’s most influential governors, during his first press conference since the scandal erupted last Wednesday.

The voice briefly choked, the 63-year-old Democrat, who has led New York State since 2011, said “deeply apologize” for hurting some women. “I had no idea at the time that I was making anyone uncomfortable. I never meant to offend anyone, hurt anyone, or hurt anyone. I feel horribly wrong that these people were injured, suffered from these interactions ”.

An investigation that could last for months

But faced with the calls to resign which have grown in recent days, including in his Democratic camp, he also considered “never to have done anything in (his) career of which (he) should be ashamed” and repeated “n ‘never touching anyone inappropriately’. He called on New Yorkers to “wait to form an opinion” the results of the investigation into these allegations which has just been launched by the attorney of the State of New York, at the uncontested independence. No deadline has been announced for the end of the investigation, which could last for months.

The governor has been implicated by three women since last Wednesday. Former business advisor Lindsey Boylan, 36, first claimed he had unsolicited her kiss on the mouth and suggested she play strip poker with him, when she worked with him between 2015 and 2018.

On Saturday, another ex-collaborator, Charlotte Bennett, 25, indicated that the governor had made advances to her that had made her “uncomfortable” in the spring of 2020. And on Monday, Anna Ruch, 33, who never worked with him, claimed he had “shocked” her by wanting to kiss her against her will at a wedding in 2019. A photo was released showing the governor framing his face with his hands. the young woman with the terrified look.

His act of contrition on Wednesday, similar in substance to the first apologies he expressed on Sunday via press release, however, seems far from satisfying his accusers. Charlotte Bennett retweeted a statement from her lawyer, deeming the governor’s statements “riddled with falsehoods and inaccuracies”.

The scandal raised by these accusations, which arose at a time when Mr. Cuomo was already suspected of having concealed the true number of Covid-19 deaths in New York retirement homes, knocked the governor down from the pedestal where he had been. placed at the start of the pandemic.

With his daily, rational and reassuring press briefings, he had, while New York was hit hard by the pandemic in the spring of 2020, acquired the status of national star. To the point that some urged him to join the race for the White House. Even if he remains in power, many analysts now believe he will have a hard time running for a fourth term.