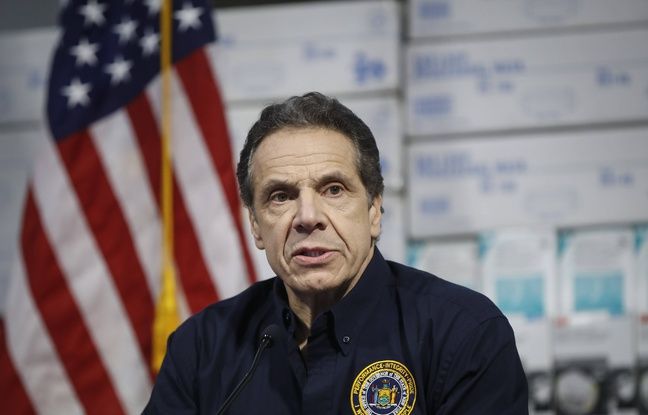 This time it was 25-year-old former health adviser Charlotte Bennett who told The New York Times that the governor sexually harassed her in the spring of 2020.

“I felt horribly uncomfortable and scared”

Charlotte Bennett said that the 63-year-old governor had made remarks to her, in early June, about the fact that he was open to relationships with women in their twenties, and asking her how she saw, she, such a difference in age.

While Andrew Cuomo never tried to touch her, “I understood the governor wanted to sleep with me and I felt horribly uncomfortable and scared,” Charlotte Bennett told The Times.

She added that she spoke to Andrew Cuomo’s chief of staff and legal counsel, who transferred her to another post, in another building. The job suited her, so she decided not to go any further.

In a statement Saturday evening, Andrew Cuomo assured “never to have made advances to Mrs. Bennett, nor to have never intended to act in any inappropriate way”. He said he wanted on the contrary to support Charlotte Bennett, who had told him to have been sexually assaulted.

The governor, whose third term expires at the end of 2022, called for “a full examination” of these charges, led by a former federal judge. “I ask New Yorkers to wait for the results (…) before any judgment,” he added.

Second charge in a week

This is the second time in a week that the Democratic governor, who has led the State of New York for ten years, has been accused of sexual harassment: Wednesday, another ex-advisor, Lindsey Boylan, said in a blog, that he harassed her when she worked for his administration, from 2015 to 2018. Now running for president of Manhattan, Lindsey Boylan, 36, claimed that the governor kissed her on the mouth of unsolicited way, suggested that she play strip poker with him and “make every effort to touch (him) back, arms, legs”.

“For those wondering what it’s like to work for the Cuomo administration, read Lindsey Boylan’s story,” Charlotte Bennett tweeted, without further comment.

A spokeswoman for the governor had called Lindsey Boylan’s accusations “false”.

New York politicians like the anti-sexual assault organization Time’s Up have called for an investigation into these allegations.