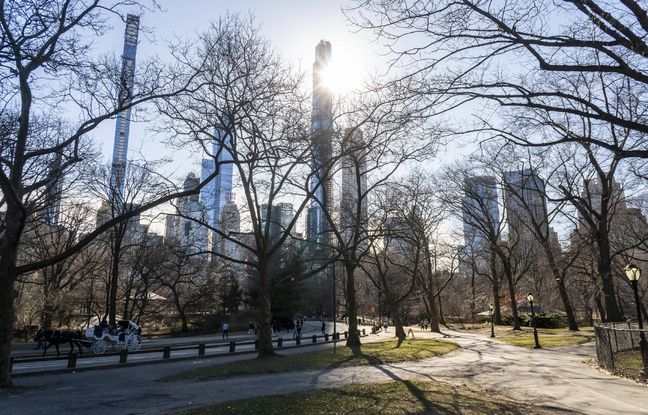 New York plans to organize a giant concert in August, in Central Park, to celebrate “the rebirth of New York” after the pandemic, announced Monday the mayor of the city, Bill de Blasio. “We can already see the recovery […], but we want to amplify it, ”he said in a video, announcing a week of events to“ bring New Yorkers together, celebrate and support our city ”.

The “highlight” of this week will be “a giant concert in Central Park,” he added. The mayor did not specify the date of this concert but the target date is August 21, according to the New York Times.

Eight “stars” on the program?

While the list of artists who will participate in the event has not yet been finalized, the mayor has tasked producer Clive Davis, in his 80s who has worked with stars like Janis Joplin, Bruce Springsteen or Whitney Houston, to organize the event. , specifies the newspaper. This veteran hopes to be able to line up eight “stars” for a three-hour concert in front of some 60,000 people on site and a television broadcast around the world.

Most tickets will be free, Davis told the New York Times. The show should be part of a long line of major concerts organized on the “Great Lawn” in the heart of Central Park, such as the Simon and Garfunkel concert in 1981 or the Global Citizen festival, which had already brought together some 60,000 people at the end of September. 2019.

This announcement comes as the first American metropolis, at the epicenter of the pandemic in spring 2020, is seeking to revive tourism, after having seen all health indicators improve with the vaccination campaign. The seven-day average positivity rate continues to fall and was around 0.7% on Monday, with a total of 59 people hospitalized.

More than 63% of the city’s adult population has received at least one dose of the vaccine, official figures show. Numerous restrictions were lifted last month and New York State Governor Andrew Cuomo announced on Monday that most of the remaining restrictions would be lifted when the rate of 70% of people vaccinated was reached.