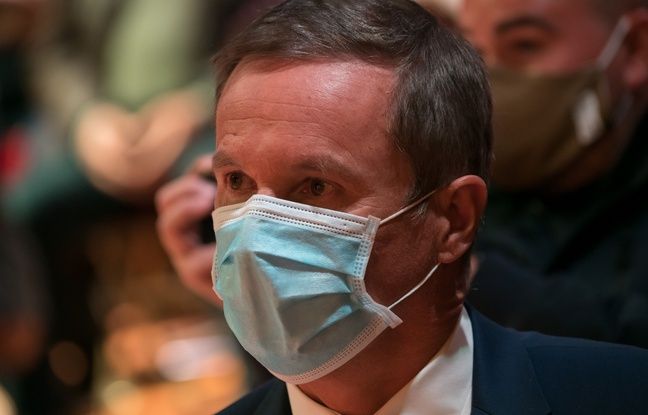 As a candidate for the 2022 presidential election, Nicolas Dupont-Aignan is trying to forge an international stature. The president of Debout la France was received Wednesday in Brasilia by the president of the extreme right Jair Bolsonaro after meeting with the head of diplomacy and the deputy son of the head of state.

“My duty as a patriot”

On a visit this week to Brasilia then Rio as part of a mission around a parliamentary report on ocean pollution, the deputy said he “killed two birds with one stone” by also having political talks. “I met the President of Brazil, we got to know each other,” he said after a quarter-hour interview.

“I think that Franco-Brazilian relations need to be warmed up and I am doing my duty as a patriot,” said Nicolas Dupont-Aignan, while hardly any French politician has come to Brazil for a year and a half. Relations between Paris and Brasilia have still not recovered from the violent controversy between Presidents Emmanuel Macron and Jair Bolsonaro in August 2019, while the Amazon was devoured by gigantic fires.

Bolsonaro and his hairdresser

A year and a half later, the member for Essonne was entitled to better treatment than the Minister of Foreign Affairs Jean-Yves Le Drian who had seen Jair Bolsonaro cancel their appointment, preferring to go to the hairdresser. “I did not come to take a political trip, I came to take a parliamentary trip. The minister and personalities [brésiliens] wanted to see me, there you go, ”explained Nicolas Dupont-Aignan, whose visit was organized by the Brazilian ambassador to France, a close friend of Jair Bolsonaro.

Dep.francês Nicolas Dupont-Aignan @dupontaignan, center-right, had almost 5% of the vote in the last presidential election, is now a member of CREDN and presides over the “Debout la France” Party

We share the same values, we see qualities in nationalism and we are against globalism pic.twitter.com/ZSnhcGUSxw

After a lunch with the Minister of Foreign Affairs Ernesto Araujo, the deputy spoke with the influential deputy son of the president, Eduardo Bolsonaro, from “Mercosur, relations with France, the question of the Amazon”. “I saw him because he is chairman of the Foreign Affairs Committee and I am a member of the [même] commission ”of the National Assembly, justified the president of Debout la France. “It’s completely normal (…) that his name is Bolsonaro or not”.

In a Tweet, Eduardo Bolsonaro published two photos of this meeting and praised the French “center-right” deputy who “obtained nearly 5% in the last presidential election”. “We share the same values, we find qualities in nationalism and are opposed to globalization,” he writes. “I talk to everyone. I find that our French diplomacy is not oriented enough towards Latin America, ”added Nicolas Dupont-Aignan, while defending himself from any“ controversial spirit ”.