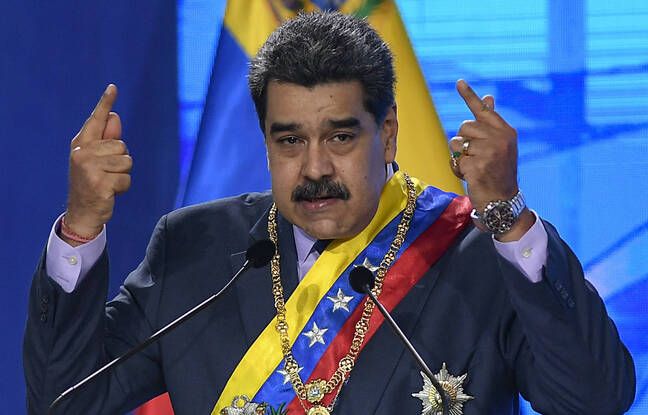 Nicolas Maduro is furious with Covax. The Venezuelan president therefore decided to play the ultimatum card on Sunday against this program which aims to guarantee equitable access to vaccines against Covid 19. He indeed ensures that Venezuela has paid for these vaccines but has still not received them. .

“The Covax system has failed. We have fulfilled our share (…) We had to play, to do magic to unlock funds that had been frozen, ”Nicolas Maduro declared on national television, specifying that his country had paid 120 million dollars to the system. World Health Organization (WHO) without receiving anything. “I gave precise instructions (…) so that we act this week and issue an ultimatum to the Covax system: either we are sent the vaccines or we are returned the money”. “If we get the money back we know where to buy it. We have already discussed with international institutions. Enough deception, ”he said.

Arm wrestling with the United States

A controversy has been going on for several months around vaccines that Venezuela says it has purchased through the Covax program. According to previous statements by President Maduro, the United States has blocked $ 10 million, the last payment from his country to benefit from Covax, because of the US sanctions taken against Venezuela to oust him from power.

In a context of vaccine shortage, Venezuela, which aims to vaccinate 70% of its 30 million inhabitants by the end of 2021, has been administering Russian Sputnik V and Chinese Sinopharm vaccines since February. He also launched a vaccination campaign in early July with the vaccine candidate Abdala. At the end of June, the Venezuelan government announced the signing of a “contract for the supply” of 12 million doses of this Cuban vaccine. Meanwhile, the country has seen a sharp increase in the number of people affected since March, with 275,000 cases for more than 3,200 dead, according to official figures, questioned by the opposition.