Nightclubs say they are ready to reopen on June 30 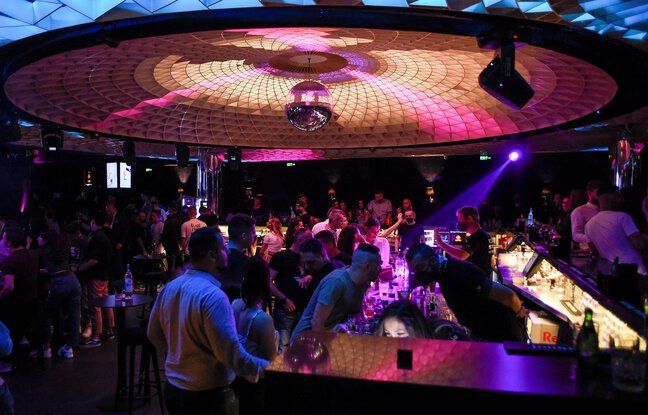 They should be fixed on June 21 … If no date is official for the moment, the discotheques are negotiating with the Government on the basis of a reopening on June 30. Proof of their good faith: The two main unions in the sector announced their agreement, this Thursday, for the health pass or a test to be required at entry.

During a press conference, the Union of Trades and Hospitality Industries (Umih) and the GNI detailed their health protocol, “which is still subject to adjustments” with the ministries, according to Jérôme Guilbert. , president of the discotheque branch of the GNI.

Agreements to be found on gauges and wearing a mask

According to the unions, the health pass will be requested at the entrance of establishments, the wearing of a mask will be required indoors “while standing” and a gauge of 65% will be imposed indoors and 85% outdoors in July ( 85% and 100% in August). Ventilation requirements have also been set.

Professionals also want the self-tests at the entrance to establishments can also serve as a keynote and that the wearing of a mask is not required for people who dance. “We have to have profitability and attractiveness, that’s essential. No need to open if people do not want to come, ”notes Thierry Fontaine, president of Umih night.

The ventilation in question

The discotheques, in total shutdown for 15 months, represent 30,000 direct jobs and 1 billion euros of annual turnover, according to the unions. Out of 1,600 nightclubs in France, 152 had closed permanently at the end of March 2021, according to them and 25% will not be able to open due to the impossibility of meeting the health protocol, in particular because of the ventilation systems.

Share
Facebook
Twitter
Pinterest
WhatsApp
Previous articleA real solidarity lease launched to allow the less well-off households to buy in the city
Next articleNo, the proliferation of electric cars will not lead to a blackout in France