Nike in turmoil in China after Xinjiang cotton boycott 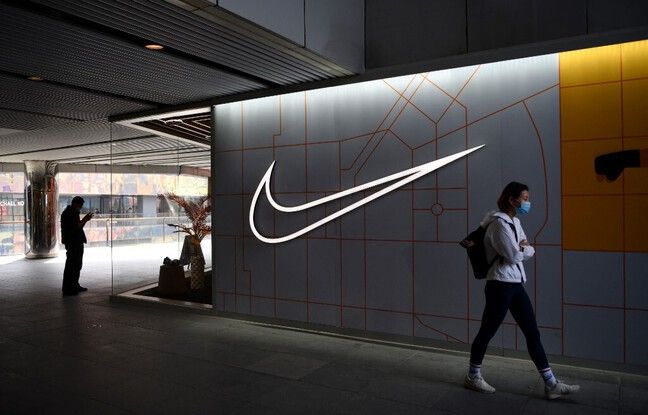 It’s Nike’s turn. The famous ready-to-wear brand is the latest to fall victim to China’s wrath following the Xinjiang cotton boycott. The region, long hit by attacks attributed to separatists or Uyghur Islamists, has been placed under Beijing’s drastic police surveillance for several years. According to studies published by American and Australian institutes, at least one million Uyghurs have been interned in “camps” and some subjected to “forced labor”, notably in the cotton fields of the region.

China considers these reports full of “false information” and assures that the “camps” are “vocational training centers” intended to provide employment to the population in order to distance them from the temptation of extremism. In 2020, Nike issued a statement in which the company said it was “concerned” by these accusations of “forced labor”. The American giant had pledged not to use cotton from Xinjiang, a large world production area that supplies many textile behemoths.

This Nike press release appropriately reappeared this week on the Chinese social network Weibo, triggering a controversy also fueled by the imposition on Monday by the European Union, the United Kingdom, the United States and Canada of sanctions against China vis -to the treatment of Uyghurs. In retaliation, Beijing sanctioned European figures and organizations.

The controversy targeting Nike growing on social networks, an actor and an actress very well known in China, Wang Yibo and Tan Songyun, announced this Thursday to cut their links with the brand, of which they were the ambassadors. “The interests of the country come first. We are strongly opposed to all malicious actions aimed at sullying or spreading rumors about China, ”Tan Songyun’s interests agency said.

H & M has been swept away since Wednesday already in this media storm due to a press release similar to that of Nike on cotton from Xinjiang. Sign of a possible intervention of the capacity, it is the Communist Youth League, an organization affiliated with the Communist Party, which had launched hostilities on Weibo. “Spreading rumors and boycotting cotton from Xinjiang, while hoping to make money in China?” You are dreaming! », She wrote while publishing the screenshots of the H & M press release, triggering the controversy. The brand’s products have since been withdrawn from major Chinese online shopping sites. Its stores, however, remain open.

Asked whether Beijing was orchestrating all this controversy, the Chinese Foreign Ministry on Thursday denied any responsibility. “The Chinese market is what it is. We don’t need to engage in intimidation ”against these companies, spokeswoman Hua Chunying said during a regular press briefing. “One thing is certain, however: the Chinese are unlikely to allow foreigners to take advantage of China’s largesse while criticizing it. “

The Aspi institute, funded by Australian authorities but also foreign (especially American), accused H & M in its report of having obtained supplies from structures using Uyghur labor from “re-education camps”.

H&M China said on Wednesday it did not endorse “any political position.” Nike did not immediately respond to an AFP request for comment. On Weibo, other brand names that have taken positions similar to Nike and H & M began to circulate on Thursday: Uniqlo, Zara, Gap or even Adidas, suggesting potential sanctions.