No, renewable energies are not the only ones responsible for blackouts 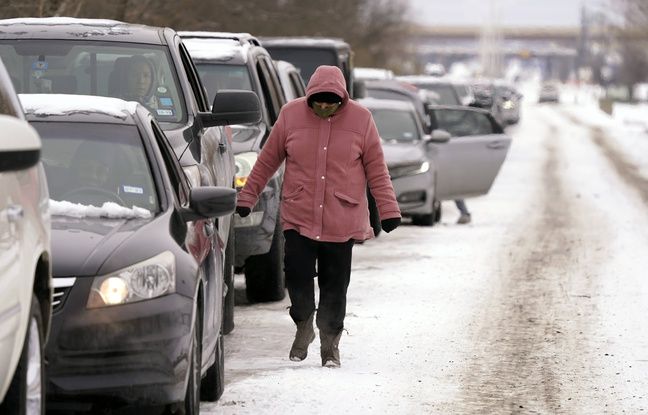 Plenty of snow since Monday. An unusual spectacle in Texas, which also deprived millions of Texans of electricity. As of Thursday, nearly half a million residents were still in the dark.

Behind these supply disruptions, elected Republican officials have designated their culprit: renewable energies. In an interview with Fox News on Tuesday, state governor Greg Abbott pleaded for oil, and blamed wind turbines and solar panels for the cuts. He then reconsidered his remarks, explaining that the gas pipes had frozen.

Even the White House threw itself into the battle, denouncing the words of these elected officials. It must be said that in Washington, Republicans and Democrats are currently opposed to the “green new deal” that Joe Biden wants to launch.

Strong demand, which exceeded the calculation of the peaks planned for this winter, coupled with problems on the supply of natural gas but also on the operation of wind turbines and solar panels are, together, at the origin of these problems. “It seems that a large part of the production that has been decommissioned today is mainly due to problems on the natural gas network,” however said Tuesday Dan Woodfin, a senior official at Ercot, the regulator of Texan energy.

According to Ercot, on Tuesday, 46,000 MW of production had been stopped due to weather conditions. Of this total, almost 61% came from thermal energy (natural gas, coal and nuclear) and the remaining 39% came from solar and wind energy. There remained, Thursday, 40,000 MW of production in forced shutdown because of climatic conditions, including 23,500 of thermal energy.

Electricity consumption in recent days exceeded the peaks Ercot had forecast for this winter. In anticipation of the arrival of snow, Ercot had asked the Texans at the beginning of the week to reduce their consumption, a measure which was not enough.

In addition, this increase in demand could not be fully offset by the import of energy from neighboring states or countries, said the CEO of the regulator on Tuesday. Texas has its own power grid.

In a note published Tuesday, the US State Department for Energy also underlined that “heavy demands” on the electricity grid, “cold temperatures” which caused the “freezing” of natural gas, as well as ” frost ”on wind turbines impacted the grid.

To heat themselves, some inhabitants resort to alternative methods, sometimes dangerous. Firefighters in Austin, the state capital, intervened 38 times on Tuesday, for carbon monoxide poisoning.