No, the European Union does not advocate raising the retirement age to 67 or more 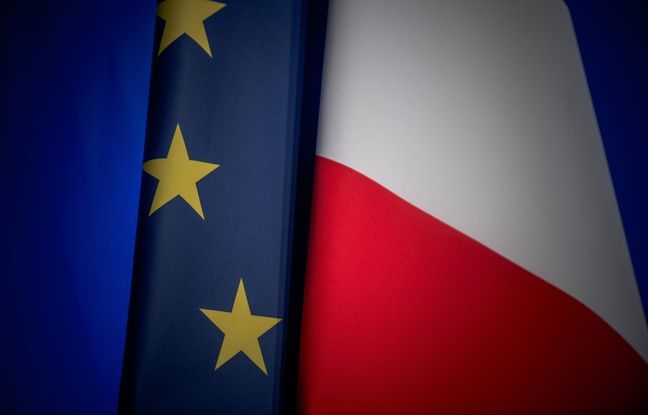 Should the citizens of the European Union, all countries combined, expect to see their retirement age pushed back to 67 years, or even to 70 years and over?

Such a scenario would be on the table, according to several politicians. Starting with Marc Botenga, the MEP of the European unitary left, who was worried about it on the antenna of Public Senate, a few days ago: “The European Commission, in a report, proposes to raise the age from retirement at age 70, 72 especially in Lithuania, while life expectancy in Lithuania is 71.5 years. “

“Page 58 of this report published in May by the European Commission, it is requested that the retirement age in France be postponed to 67 (!). And even 70 years in Italy! The EU is that! And it will never be anything other than a machine to destroy peoples! Frexit quickly! »Was alarmed, source in support, Florian Philippot, regional councilor in the Grand Est and president of the Patriots movement.

Page 58 of this report published in May by the European Commission, it is requested that the retirement age in France be postponed to 67 (!). And even 70 years in Italy!
The EU is that! And it will never be anything other than a machine to destroy peoples! Frexit quickly! pic.twitter.com/IhtXyFt3RR

If this document of more than 350 pages is indeed available on the site of the European Commission since May 7, it only puts forward “economic and budgetary projections for the Member States of the European Union [sur la période] 2019-2070 ”, as its title immediately indicates.

“It is an analysis report, so it has an informative value but no binding value. These “Institutional papers” reports analyze the economic situation and its development “, confirms to 20 Minutes the European Commission on this document, produced by the Economic Policy Committee (CEP), an advisory body responsible for coordinating the policies of the Member States.

The missions of this structure are varied since they range from drawing up “recommendations on structural policies aimed at stimulating the potential for growth and employment in the EU” to carrying out “economic analyzes and [d’]opinions on methods ”, including the assessment of“ short- and medium-term macroeconomic developments in the Member States and in the EU ”.

The report of May 7, 2021 falls under the latter scenario, as its authors specify from the first pages and as detailed by the Directorate-General for Economic and Financial Affairs of the European Commission in 20 Minutes : “The 2021 report on aging indeed presents long-term macroeconomic and budgetary projections (in the areas of pensions, health, dependency and education) for all EU Member States. “

Based on the recent pension reforms adopted in EU states over the past ten years, and projecting (very) far into the future on the premise that each of these policies remains the benchmark model, the CPE thus came to note that “many member states are considering pushing back the retirement age again, which would bring the EU average of the statutory retirement age for men to 65 today.” hui at 67 in 2070 and 60.4 years for women at 63 ”.

“In addition, the required conditions [pour la retraite] will evolve, with an extension of the minimum contribution periods and reinforced dissuasive measures, such as penalties in the event of early retirement, ”continues page 31 of the report.

The famous page 58, cited as a source by Florian Philippot, for its part, compiles the projections of the age of the automatic full rate in each Member State for the horizons of 2030, 2050 and 2070. Thus, while it was on average 66, 8 years in France in 2019 – even if the full rate can be reached from 62 years old, provided the required number of quarters of contribution is available – it goes up to 67 years from 2030, a figure that remains in force in 2050 and 2070 This development only repeats the provisions provided for by the 2010 pension reform (Woerth law). It does not integrate the provisions envisaged by the bill put in brackets since the health crisis.

And DG ECFIN added on this point: “The 2021 report on aging does not contain economic policy recommendations. It indicates, in the reference scenario […], future economic and budgetary trends “with unchanged legislation” […]. The report also contains alternative scenarios, for example, assuming constant ages at their current level, or on the contrary, an automatic partial adjustment of the retirement age to the gains in life expectancy. . The results presented illustrate the long-term budgetary implications of these different scenarios. “

On the other hand, a very real recommendation for Lithuania

Not content with confirming that it in no way recommends pushing back the retirement age to 70 within the EU, the European Commission finally reminds us that “France’s economic policy is decided in France”. “Each state is free to decide the level and distribution of its public spending (education, health, pensions, defense, etc.). The European Commission does not impose anything, it ensures that the Member States of the EU respect the rules that they have set themselves. No more, no less, ”she concludes.

As reported by the specialized site Euractiv at the end of April 2021, it did however estimate, in a “recent document”, that Lithuania should “raise the maximum working age to 72 if it wants to maintain its” dependency ratio ” current – the ratio of people of working age to older people they need to help ”in a country where“ 35% of the population is over 55 years old. “

Now is the...
Read more
- Advertisement -

Apple gives leakers 14 days to denounce their sources, otherwise they will be reported to the police