No, the proliferation of electric cars will not lead to a blackout in France 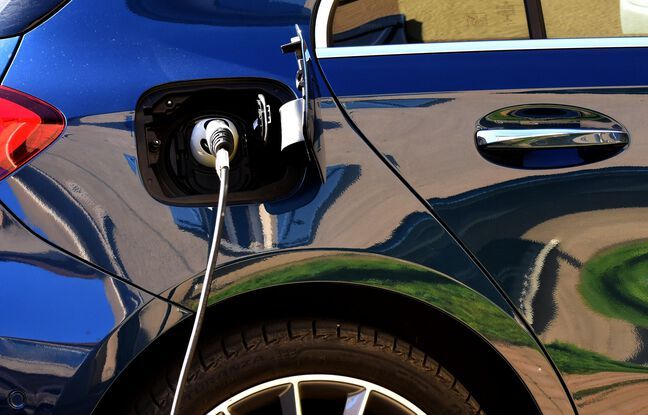 Will the electric car boom power up the French electricity system? To answer this question, RTE, the national network operator, presented various arguments on Wednesday based on the latest data available. In 2035, there should be 15.6 million electric vehicles in circulation in France (or 40% of the total), against 600,000 currently. This massive development means that it will be necessary to be able to recharge millions of batteries at the same time.

According to RTE, this will not pose any problem. “We will have enough production to cover consumption linked to electric mobility,” assures Maïté Jaureguy-Naudin, Director of Innovation & Data for the operator. In other words, there will be no risk of power cut due to electric cars.

Peaks at the time of great departures

In fact, in 2035, vehicle batteries will represent additional annual electricity consumption of between 40 and 60 Terawatt-hours (TWh). “This increase is significant but only represents on average 8% of consumption [totale] electricity, ”notes RTE. In all cases, this total consumption would remain below 500 TWh, while at the same time, France will be able to produce 600 TWh. A good safety margin.

However, this new demand for electricity will not be linear over time. During the year, RTE expects consumption peaks at the time of vacation departures or long weekends. The explanation is simple: before a long trip, all electric vehicle owners will need to fully charge the battery the day before departure. The network will therefore be very busy. “These power calls could go up to 8 Gigawatts (GW) over a day, compared to the peaks of 100 GW that we can have during very cold weather,” explains Maïté Jaureguy-Naudin. Here again, RTE estimates that the risk of voltage on the electricity network is almost zero.

Beyond these few annual periods, the operator was also interested in the fluctuation of the demand for electricity during a typical day. In a scenario where electric cars would mostly be recharged at home, this peak would occur around 7 p.m., when people come home from work. On the other hand, by developing recharging stations in the workplace, this evening peak would decrease by 25%, since users would also recharge the vehicle in the morning when arriving at work.

This “smoothing” of electricity demand will allow RTE to optimize the management of the electricity network and to spread consumption peaks as much as possible. To achieve this, the operator is also counting on the establishment of financial incentives for motorists. For example, electricity suppliers could offer a “peak / off-peak” pricing system for vehicle recharging.

According to the operator’s projections, the annual cost of electricity for a motorist who would charge only during these “off-peak hours” would amount to 280 euros (for 15,000 km per year). It is 1.5 times less expensive than an electric recharge without hourly “constraints” (420 euros per year), and above all four times cheaper than the annual filling of a petrol vehicle (1,240 euros). Good for the wallet, manageable by the network: the electric vehicle has everything to please, at least from the point of view of France (see box).

Is the electric vehicle really clean?

One of the main criticisms leveled against electric cars relates to the manufacture of batteries. These are often assembled in countries like China which use a lot of fossil fuels to power their industry. As a result, when it leaves the factory, an electric car will have an effectively larger carbon footprint than its gasoline counterpart.

On the other hand, over the entire period of use of the vehicle in France, the relationship is reversed. Indeed, the electricity used for recharging comes 100% from carbon-free energies (nuclear, solar, wind, etc.). According to RTE, an electric vehicle traveling in France for 200,000 kilometers would have a carbon footprint equivalent to 10 tonnes of CO2. This is almost three times less than that of a gasoline vehicle (25 to 30 tonnes of CO2).

Another problem remains for the electric vehicle. Batteries require the extraction of minerals such as lithium, which requires a lot of water and chemicals. All this mining obviously has an environmental impact, often concentrated in poor countries. “We just relocated the pollution and pretend to do things clean” denounced in 2018 the specialist journalist Guillaume Pitron in an interview with Release.