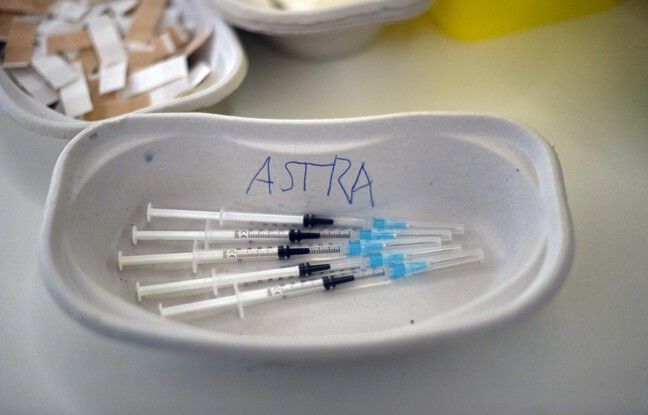 A committee of experts set up by the Norwegian government to decide on the anti-Covid vaccines from AstraZeneca and Johnson & Johnson on Monday recommended to give up these serums because of the risks of rare but serious side effects. “We do not recommend the use of adenoviral vector vaccines in the national immunization program,” said committee leader Lars Vorland, delivering his report to Minister of Health Bent Høie.

“This is of course because of the serious side effects” observed in a tiny fraction of the people who have received an injection with these vaccines against the coronavirus, added the doctor. Experts advise, however, to offer these vaccines on a voluntary basis, without however agreeing on the criteria to be retained. Bent Høie has yet to make the government’s position known.

Norway had suspended the use of AstraZeneca’s anti-Covid vaccine on March 11, time to study more precisely its side effects, which are rare but potentially serious. On April 15, when the Norwegian health authorities recommended giving up the serum from the Anglo-Swedish laboratory, the government chose to give itself more time by creating a committee of experts to examine the risks associated with AstraZeneca vaccines. and Johnson & Johnson, which uses the same adenovirus technology.

The European Medicines Agency and the World Health Organization (WHO) recommend for their part to continue to use these vaccines, judging that their benefits outweigh the risks. “If we decide to give up these vaccines for good, they will not be wasted. They will be donated to other countries, ”said Bent Høie. Oslo has already “loaned” 216,000 doses to Sweden and Iceland, which continue to use AstraZeneca’s serum.

Out of 134,000 injections carried out until mid-March with the AstraZeneca vaccine in Norway, five cases of severe thrombosis – including three fatalities – had been recorded in relatively young and hitherto healthy people. Another first-time recipient had died of a cerebral hemorrhage.

The vaccine of the American Johnson & Johnson has not yet been deployed in the country, but rare cases of thrombosis have also appeared in the United States after its use. The Norwegian immunization program is therefore only based on the two messenger RNA vaccines from the American-German duo Pfizer-BioNTech and the American Moderna.

“We have enough messenger RNA vaccines,” said Norwegian Institute of Public Health (FHI) director Camilla Stoltenberg. According to the FHI, without the adenoviral vector vaccines, people 18 years of age and older will all have received a first injection by the third week of July and almost all will have been fully vaccinated by the second half of August.

A survey carried out in April by the institute showed that 91% of those polled said they would accept “probably” or “very likely” to receive the vaccines from Pfizer / BionTech or Moderna, but this proportion fell to 28.7% for AstraZeneca serum. For now, neighboring Denmark is the only country in Europe to have officially given up on AstraZeneca and Johnson & Johnson vaccines.