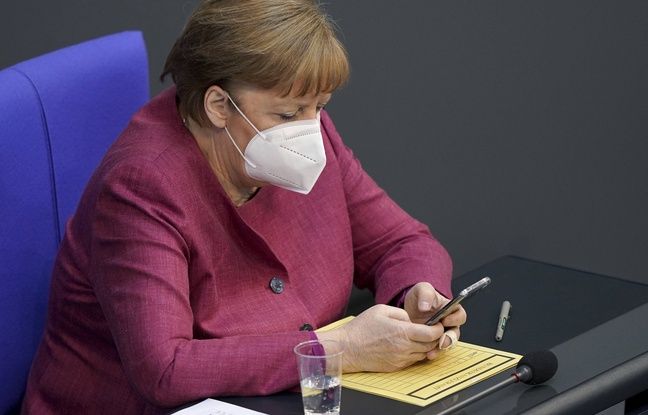 The actions of American intelligence against Europeans are still singled out. The accusations are all the more serious this time because they also concern a country of the European Union. From 2012 to 2014, the United States spied on politicians in Europe, including German Chancellor Angela Merkel, with the help of Danish intelligence services, European media reported Sunday. However, it has not been established that Denmark knew that the United States was using its surveillance system to spy on its neighbors.

The Danish public television channel Danmarks Radio (DR) thus indicated that the American National Security Agency (NSA) had connected to Danish telecommunications cables to spy on officials in Germany, Sweden, Norway and France. For this, it benefited from collaboration in surveillance matters with the Danish military intelligence services FE. DR revealed this information after an investigation with Swedish channel SVT, Norwegian channel NRK, German channels NDR, WDR and the daily Suddeutsche Zeitung, as well as the French daily The world.

Danish Defense Minister Trine Bramsen, who was appointed in June 2019, was briefed on the case in August 2020, according to DR. The Danish Defense Ministry has not reacted for the moment but the minister told DR that “systematic espionage by allies is unacceptable”.

Angela Merkel, then German Foreign Minister Frank-Walter Steinmeier and then opposition leader Peer Steinbruck were among those the NSA spied on, according to DR. The US agency was able to access text messages, phone calls and internet traffic, including searches, chats and messaging services. These actions were reported in an internal FE report codenamed “Operation Dunhammer” and presented to FE management in May 2015, according to DR.

During and after the Snowden affair

This spy case, if it is confirmed, occurred during and after the Snowden affair, in 2013. NSA employee turned whistleblower, Edward Snowden then revealed the existence of a surveillance system global communications and internet campaign targeting Germans in particular and the Chancellor’s cell phone in particular. Additionally, in November 2020, DR previously reported that the United States used Danish cables to spy on Danish and European defense industries from 2012 to 2015.