Officials and members of Jehovah’s Witnesses arrested by security services 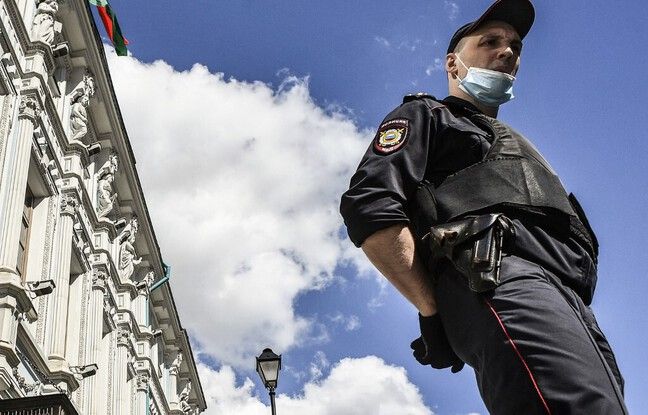 In Russia, the security forces proceeded on Wednesday to a large-scale raid against Jehovah’s Witnesses, according to the Russian Investigation Committee, this cult being banned in Russia and qualified as “extremist”.

Members of the Investigation Committee, the body in charge of the most important criminal cases, of the Ministry of the Interior and the FSB, the security services, as well as members of the National Guard “carry out searches in Moscow. 16 addresses where members of this organization live ”. Several “officials and members” of Jehovah’s Witnesses have been arrested, according to the Committee, which does not quantify these arrests.

The movement denounces a return to “Soviet repression”

They are accused of having founded since September 2017, despite the ban on this cult, branches in the Russian capital and organized “conspiratorial meetings”, in particular to study “religious literature” and for proselytizing purposes.

For their part, Jehovah’s Witnesses accused the Russian authorities of continuing “the hunt” for followers of their religion, stressing, in a statement sent to AFP, that “no one is in a position to explain how is their danger to the State ”. The movement denounced these “raids against peaceful believers”, Jarrod Lopes, spokesman for Jehovah’s Witnesses in New York, seeing them as a return to the time of “Soviet repression”. “We hope that the authorities will end the persecution and defend the freedom of religion enshrined in the Russian constitution,” he told AFP.

Jehovah’s Witnesses were banned in 2017 by the Russian Supreme Court and their movement is considered “extremist” by the Ministry of Justice, a vague qualifier that can also target a “terrorist” organization, a sect or groups of political opposition. This cult is denounced by the powerful Russian Orthodox Church, close to the Kremlin.

The Russian authorities are pursuing a policy of promoting Russian identity, based on a certain conservatism which has its roots in orthodoxy. The Church is very attentive to the proselytism of other Christian beliefs.

Since the ban on Jehovah’s Witnesses, several followers have been sentenced to prison in Russia. Last November, the Russian authorities announced the opening of a criminal investigation targeting Jehovah’s Witnesses for “extremist activities”, after carrying out searches in more than 20 regions.

Jehovah’s Witnesses: A Sect for France, a Religion for the European Court of Human Rights

Share
Facebook
Twitter
Pinterest
WhatsApp
Previous articleLe Bon Coin records 20.4 million visits in a single day
Next articleAccused of the murder of his wife, a man betrayed by the data of his health app