Oleg Sokolov, the historian who dismembered his companion, sentenced to 12 and a half years in prison 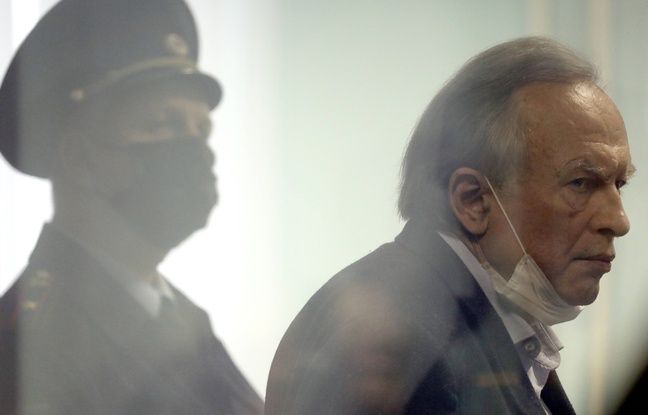 The police had discovered two woman’s arms in his backpack when he was arrested in November 2019. Russian historian Oleg Sokolov was sentenced Friday, December 25 to 12 and a half years in prison in St. Petersburg for having killed and dismembered his partner, a case that reopened the debate on domestic violence in Russia.

Oleg Sokolov “was fully aware of his actions at the time of the crime,” said Judge Yulia Maksimenko when delivering the verdict in a court in the former Russian imperial capital. For its part, the defense of the historian has proclaimed its “disagreement” with the sentence, while specifying that it had not yet decided on a possible appeal.

A specialist in Napoleon

The historian, who pleaded guilty, had been on trial since early June for murder and possession of weapons. Professor of history at Saint Petersburg State University and specialist in Napoleon, Oleg Sokolov was arrested on November 10, 2019.

In a state of intoxication, he had been taken out of the Moïka river by the police who had found in his backpack two arms of the victim and an alarm pistol. Other fragments of the body were later found in another stream.

One of his 24-year-old former students

The 63-year-old historian quickly confessed to killing and dismembering one of his former students, Anastassia Echtchenko, 24, who shared his life.

He claimed to have committed the accidental murder by shooting at her to “end a flood of insults” during a dispute, according to the Ria Novosti news agency. Lawyers for the victim claimed they premeditated his act. The Russian prosecutor’s office had demanded 15 years in prison against him.

A student had filed a complaint against the historian in 2008

Very famous, the State University of Saint Petersburg had been blamed for its inertia, while Oleg Sokolov had already been accused of violence.

A student, who had an affair with Oleg Sokolov in 2008, filed a complaint, claiming he tied her to a chair and threatened to brand her because she wanted to leave him, media reported Russian. No disciplinary action had been taken against the historian.

This affair had a big impact in Russia, several associations seeing in it a new illustration of violence against women. In 2017, the country decriminalized domestic and conjugal violence in the majority of cases, a reform supported by President Vladimir Putin.

Each year, nearly 16.5 million women are victims of domestic violence in Russia, according to figures established by activists before the pandemic.