“On June 9, everyone will reopen”, promises a representative of the hotel trade union 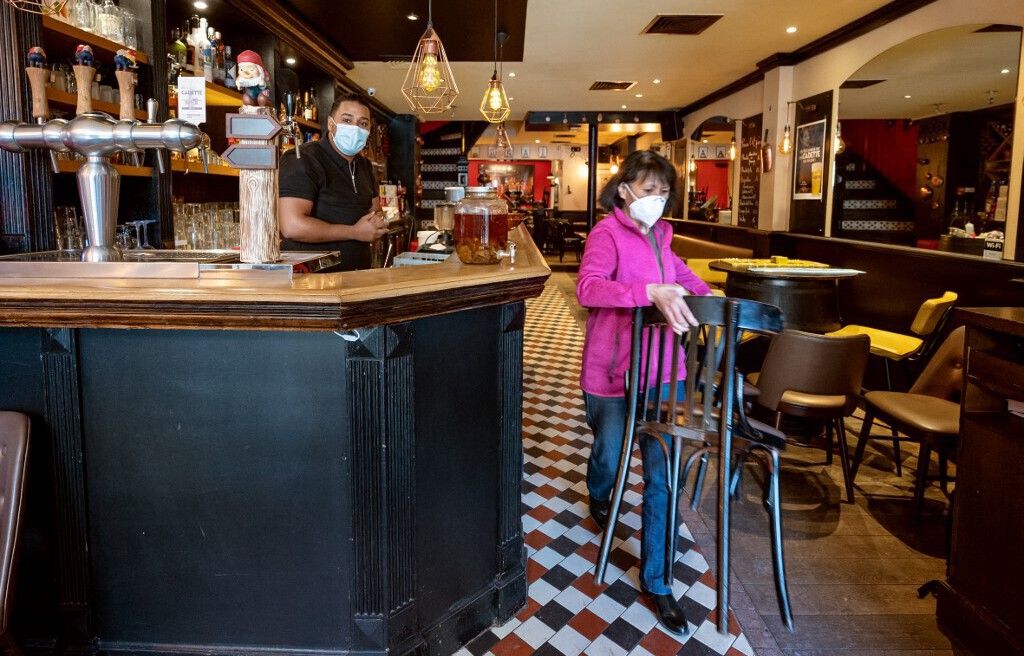 To your watches! Wednesday, at 9 pm it will be… 9 pm but it will no longer be the curfew. It will be delayed to 23 hours before a total lifting a priori three weeks later. Another novelty of this new stage of deconfinement: the reopening of dining rooms and bars. Three weeks after the terraces, everything will be almost normal… despite the 50% gauge indoors. A few days before the deadline, 20 Minutes questioned the president of the UMIH (Union of trades and hospitality industries) of Isère, Danièle Chavant, owner of a restaurant near Grenoble.

What first assessment can we make of the reopening of terraces on May 19?

You always have to make the difference between bars and cafes which have been stormed like everywhere with a semblance of respect for the law, because it must be said that it is not very manageable. For restaurants it is something else. There is always the small dish of the day restaurant, carried by the daily newspaper, even if they still have not found their usual potential because of teleworking. The stars have not generally reopened since most often they do not have a terrace and are only used indoors, even in summer. The other restaurants, including gourmet restaurants, which have terraces live from day to day.

Isère is a mountainous department, with a very fluctuating weather forecast, and then it is always a little cool there so we can forget the opening in the evening. Restaurants have generally not experienced this huge influx that had been announced: the best services are normal services. I think there is still some fear among customers. What is certain anyway is that on June 9 everyone will reopen. Because it has been well stipulated that all those who will not reopen will have no help. There will still be a little short-time working and a few things, but everyone will necessarily be reopened.

How many establishments in your department have chosen not to reopen on May 19, for lack of a terrace or lack of sufficient gauge?

We had made a survey of our members in Isère. At the beginning of May, 54% of restaurants told us that they did not plan to reopen before June 9. And even 56% of bars. In fact, when we walk in the agglomeration of Grenoble, we notice that few have not reopened. Because they do not take a big risk: if it rains while the customer drinks his coffee or his beer, he will recover, finish and leave. At the restaurant, if it starts to rain after you come in… There is no fallback solution.

And then to plan for the purchase of food in good quantity, if we want them fresh and local, it is necessary to adjust to the weather forecast four days in advance. There, for this noon, I have sixty covers with high-end products, if it starts to rain, what do I do? On Mother’s Day, which is usually a big day for restaurants, I took reservations telling customers that if it rains they will have to come and pick up and pay for the take out menu.

The stage of June 9 will give you some room for maneuver.

Absolutely ! We will finally have the impression of doing our job again normally! So of course there is the 50% gauge indoors, while on the terrace it’s free: it’s very smart, moreover, because if it starts to rain I can’t even bring in all the customers who were on the terrace. But all this is only the continuation of what we have been going through for the past seven months. We are a profession that has been treated very badly, very badly considered. We are still talking about 230,000 establishments, one million employees and all our customers have been taken away from us, it’s still pathetic. We have set up distress cells at the union, we must not forget that.

What are you missing now to be able to function normally?

Apart from the gauge, overall nothing. The problem is the lack of manpower. There is a big desertion. In the Vercors, for example, the establishments of the resorts have a reserve of Polish or Roman employees, always the same, who come to work and there it is over.

Have you had any feedback on problems with the application of the protocol in bars and restaurants?

Oh yes, we have a very good example in the Vercors: the weekend following the reopening, all the hotel-restaurants in these mid-mountain resorts, most often family establishments, the gendarmerie visited all the restaurants in these areas. hotels, at 9 am, so that guests were comfortable in their rooms. Do you think that we have nothing else to do after seven months in the tunnel than to face this type of control? It’s ubiquitous. They did not verbalize but they put pressure.