On the national day, Joe Biden recalls that the coronavirus is not yet “defeated” 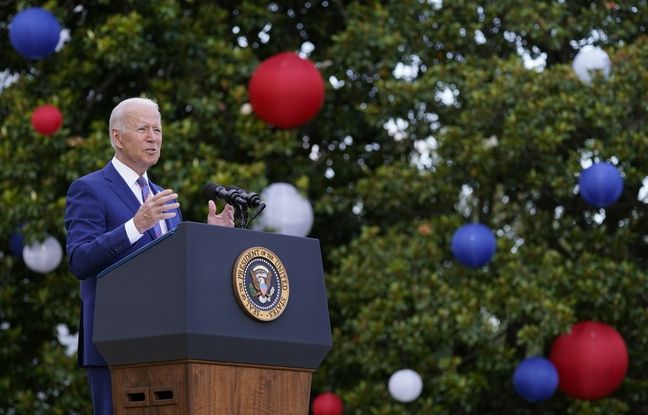 For his first July 4 as President of the United States, Joe Biden was combative. During his speech to celebrate the American national day, he congratulated an America which has “gained the upper hand” on the Covid-19, but called on its compatriots not to lower their guard against a virus which has not yet been “Defeated”.

July 4, which commemorates the declaration of independence of 1776, “is a special celebration this year, as we are emerging from a dark year,” he told a thousand guests at the White House. . In a short speech, the president assured: “We have never been so close to declaring our independence from the virus”.

The fear of the delta variant

Joe Biden invited caregivers, soldiers and other so-called “essential” workers to share a barbecue, and to admire the traditional fireworks. “The Covid-19 has not yet been defeated,” warned Joe Biden, however, as the rapid circulation of the delta variant and the low vaccination rate in some regions worry experts. Getting vaccinated is therefore “the most patriotic action there is.”

With more than 33 million cases and 600,000 deaths, the United States has paid the heaviest price for the global health crisis, but the vaccination campaign has effectively brought down the number of hospitalizations and deaths in recent months. The reluctance of the youngest, the conservatives and part of the black minority in the face of vaccines, however, prevent definitively turning the page. Symbolically, they defeated Joe Biden’s target for July 4, namely a first dose administered to 70% of the adult population.