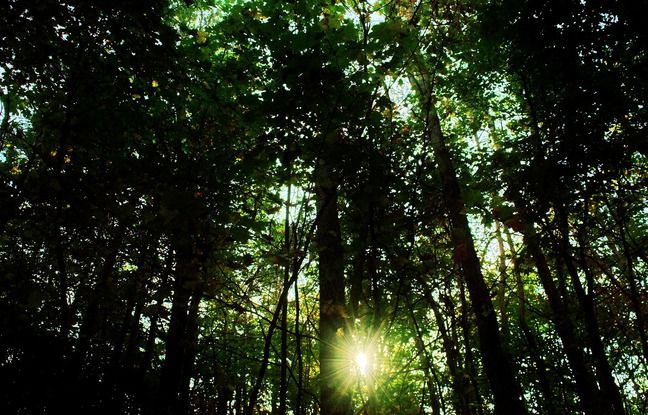 This week, they took out the shovels and are striving to distribute dozens of m3 of manure, compost and shredded material on the four plots of the Rangueil campus intended to soon accommodate 3,000 trees and shrubs. Enough to amend the soil to develop an urban micro-forest planted using the Miyawaki method on the site of the Paul-Sabatier University in Toulouse.

“This approach consists of accelerating the growth of trees by amending the soil. In twenty years, we arrive at a forest that we would normally have in 200 years, there is a factor of ten acceleration because the trees will find favorable soil to develop ”, explains Florent-Xavier Gadéa, researcher in molecular chemistry. and responsible for the agroecological gardens of the university.

It was Eugénie Lacombe, organizer in the gardens and member of the Micro-Forêts de Toulouse en Transition collective, who had the idea for this project. To achieve this, the team applied for the sustainable development competition of the Federal University of Toulouse Midi-Pyrénées and was awarded the prize. A way to sow the foundations of the micro-forest which has grown richer over the weeks.

Its presence on a university site logically called on local scientific resources, by associating three ecology and biology laboratories: the Evolution and Biological Diversity laboratory, the Functional Ecology and Environment laboratory as well as the Toulouse Environmental Geosciences laboratory.

“They agreed to follow up on three points. They go every year to check the development of biodiversity on the ground and below. They will also look at how much carbon this micro-forest fixes per year and install a mini-station to see if this regulates the humidity and temperature, ”continues Florent-Xavier Gadéa. A means of validating the benefits highlighted for several years by the Miyawaki method, and in particular the role of micro-forests in capturing CO2 and fine particles produced by nearby traffic.

To achieve this, the researchers had some requirements, including the separation into four plots, each bordered by a control area to see how nature evolves freely compared to the micro-forest. At the rate of three trees per m2, they will be planted with 22 endemic species not far from the Canal du Midi, which is already a reservoir of biodiversity. “The problem of carbon sequestration is one of the big problems to come. If we want to offset emissions, we have to know if micro-forests are a solution and, thanks to scientific monitoring, we will be able to determine this. By planting, we bring biodiversity to the campus and we have the impression of being useful, ”concludes Florent-Xavier Gadéa.