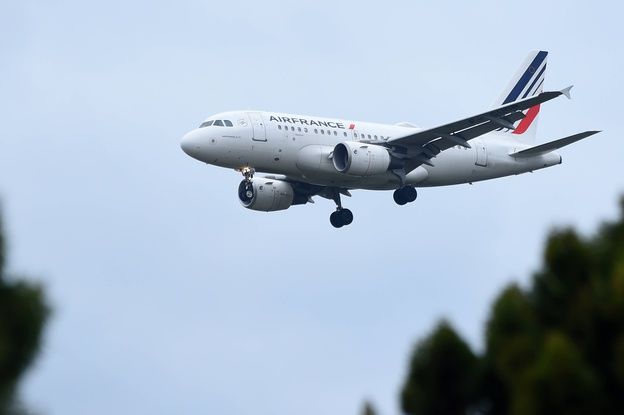 One billion euros in new money, after 3 billion in debt paid off: Air France-KLM announced on Monday the success of its capital increase, a step in the support plan for the airline group overwhelmed by the Covid crisis- 19.

Of the 1.036 billion euros raised, more than 593 million will come from the French state, which will see its participation double to 28.6%, according to figures released in a press release by the Franco-Dutch company. On April 6, the French government had already agreed to convert 3 billion euros of direct loans – granted at the start of the health crisis – into quasi-equity to reduce the debt of Air France-KLM and allow it to return to term finance on the markets.

A dark year in the sky

The pandemic and its procession of border closures and other travel restrictions deprived the company of two-thirds of its customers in 2020. The group lost 7.1 billion euros last year, while its debt has almost doubled to 11 billion.

In accordance with the plan announced two weeks ago, one of the other major shareholders, the Chinese company China Eastern, subscribed to the capital increase, its stake increasing from 8.8% to 9.6%. Its new shares are equivalent to an investment of 115.9 million euros. On the other hand, the Dutch State, which held 14% of Air France-KLM before the capital increase, decided not to participate and will therefore find itself mathematically diluted, to 9.3% of the shares.

Same consequence for Delta Air Lines: the American giant controlled the same proportion of capital as China Eastern before the operation closed on Monday, but the regulations of its country of origin prohibited it from participating as a recipient of public aid . The Atlanta company will fall to 5.8% of the Franco-Dutch total.

“The proceeds from the capital increase will be used to strengthen Air France’s equity capital. Air France will use the amount allocated to consolidate its liquidity and finance its general needs in the context of the Covid-19 crisis, ”said Air France-KLM.

Confidence in the future

The Dutch state is separately holding talks with the European Commission over aid to KLM, but these have not yet come to fruition, in the context of heated negotiations to form a new government after the parliamentary elections last month.

“The success of our capital increase and the renewed support of our main shareholders testify to the confidence of investors in the prospects of the group, whose financial solidity has been strengthened thanks to these first recapitalization measures”, welcomed the CEO. of Air France-KLM, Benjamin Smith, quoted in the press release.

Earlier this Monday, Benjamin Smith, despite the health crisis, said he was optimistic in the medium and long term for his activity. The interest of investors in the capital increase shows that “it is obvious that our sector of activity will always be there in the future”, he affirmed during an online symposium, the World Aviation Festival.

Air France-KLM said it expected a new operating loss of 1.3 billion euros in the first quarter of 2021, its companies (Air France, KLM, Transavia) remaining burdened by significant fixed costs, including their fleet of devices.

The conversion of part of the debt and the recapitalization will only be a “first step” on the road to recovery, the group conceded in early April. At the time, the French Minister of the Economy Bruno Le Maire had mentioned a new aid in the future: “we will see what will be the situation of the aviation sector in the coming months, but I will not say that it is the last aid we are giving to Air France, ”he told Bloomberg TV.

All these operations are carried out under the watchful eye of the European Commission, which has set several conditions. The French State has undertaken to reduce its participation in the long term, and Air France has agreed to cede 18 take-off and landing slots at Parisian airport of Orly, highly coveted by the competition. The company will be limited in its acquisitions and will not pay a dividend until the aid is repaid.