One hundred reinforcement engineers to boost the Hyperloop, the high-speed transport of the future 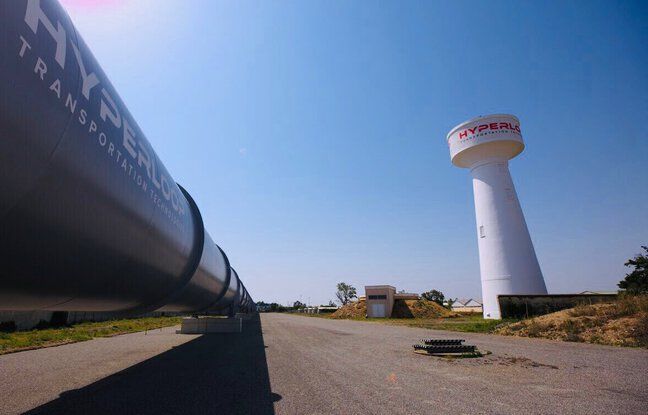 The first tests should have started this year, on the Francazal track, south of Toulouse. But for now, the possibility of seeing the capsules of Hyperloop TT move in pressurized tubes in the coming days seems understood. Failing to see this future mode of travel put to the test, the Toulouse research and development center of the American company has announced that it will boost its partnerships to achieve this.

HTT thus announced that it had just joined forces with Hitachi Rail. The rail solutions company will make available its rail traffic management technology which will be integrated into HyperloopTT systems in order to manage and automate the capsules that will travel at speeds of 1,200 km / h.

HyperloopTT is adding 100 engineers to accelerate the commercialization of hyperloop systems in partnership with @Altran. Hyperloop systems are the sustainable infrastructure projects of the future and we are building our system today.

At the same time, the engineering company Altran, a member of the Capgemini group, hit hard by the crisis affecting the aeronautics sector, will make 100 of its engineers available to Hyperloop Transportation Technologies “in order to strengthen the technical skills of its site. of the Aerospace Valley in Toulouse and to accelerate the development of hyperloop systems for commercial passengers ”, indicates a joint statement.

These two partnerships are a pledge for HTT, which needs them at a time when its competitors are each advancing their pawns. A month ago, the company Virgin Hyperloop indeed carried out its first test with passengers on board. Certainly at a speed of 160 km / h, far from the 1,200 km / h promised, but with the guarantee that the technology was working well.

Partnerships, guarantees in the face of competition?

Hence the need to move forward for its competitor HTT. “We welcome Hitachi Rail to HyperloopTT’s leading industrial partners, which are growing in number. Having Hitachi as a technology provider will improve the security profile of our system while demonstrating to the world that transport companies are ready to contribute to our project, ”explained Andres De Leon, Managing Director of HyperloopTT.

For the moment, no test date has been brought forward. But future developments will take place in Toulouse, a nerve center of French engineering thanks to the historical presence of aerospace. But while the plane is no longer on the rise, this new mode of land travel seems to open up interesting prospects for reconversion according to the executive vice-president of Altran. “HyperloopTT paves the way for high-speed infrastructure that is both profitable and sustainable,” said William Rozé.

Three years after signing an agreement with the city of Toulouse, HyperloopTT must now prove its concept.