One of Freetown’s biggest slums destroyed by fire 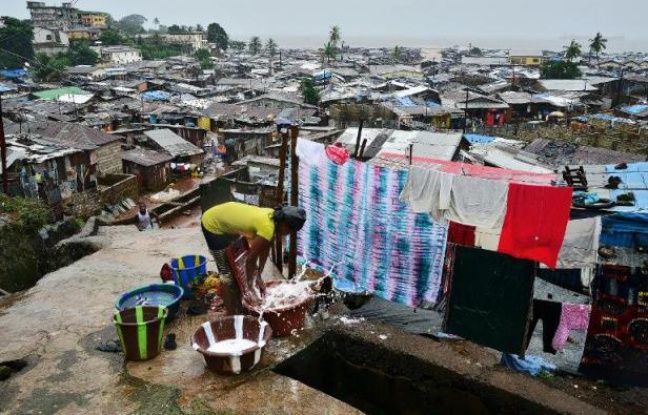 Susan’s Bay, one of the largest slums in the Sierra Leonean capital, Freetown, was destroyed on Wednesday evening by a fire of unknown causes. If the authorities did not note any death on Thursday, thousands of people are now homeless and without resources.

From this district of barracks built on unsanitary land reclaimed from the sea, on the edge of the historic center, the day after the disaster only heaps of sheet metal, from which white smoke escaped and which hundreds of people searched. inhabitants. Rare blackened walls still stood.

The results of the fire are not yet available. But thousands of people were probably affected by the fire that broke out in a neighborhood in Freetown. @PresidentBio #Freetown #SierraLeone @ebklegacy @FCC_Freetown @yakisawyerr pic.twitter.com/RxvbxNTI2m

“We have not recorded any deaths, but several people were injured while escaping from hell. Children have been separated from their families and the police are doing everything to find them and reunite them with their relatives, ”declared a police officer on the spot who did not wish to be identified. “The extent of the damage is unknown, but thousands of people were probably affected” by the disaster, the municipality of Freetown said on Twitter overnight, without giving an assessment.

“The fire started late Wednesday afternoon from the seaside, under a violent wind. Around 6.30 p.m., it changed direction, hit the eastern part of Susan’s Bay and then it spread everywhere, it was out of control, ”said a resident, Foday Turay, according to whom the firefighters were hampered in their progression through the narrowness of the alleys. “At least four hundred houses have left,” said Foday Turay. But since “almost everyone here is a trader, luckily most people were away when the fire broke out,” he added.

One of the poorest countries

“I was at the market when I heard about the fire, so I came back and saw that there was no way to get into my house. I just grabbed my kids and we went to take shelter, ”said resident Ya Alimamy Ofinoh. “I lost everything,” said another resident, Ya Marie Kamara, in tears.

Despite a soil full of diamonds, Sierra Leone (7.5 million inhabitants), a former British colony in West Africa, is one of the poorest countries on the planet. Its economy, plagued by corruption, was devastated by a civil war (1991-2002) which left some 120,000 dead. It remains fragile after the Ebola epidemic which devastated it in 2014-2016, the fall in world commodity prices and the appearance of the coronavirus last year.

The European Union “is examining the means of providing emergency aid to the victims and will reflect with the authorities on the essential structural measures that will have to be taken to limit the risk of such disasters recurring”, said on Twitter the EU Ambassador Tom Vens. The UN representative in Sierra Leone, Babatunde Ahonsi, visited the neighborhood to “analyze the extent of the disaster,” the UN said on social media.